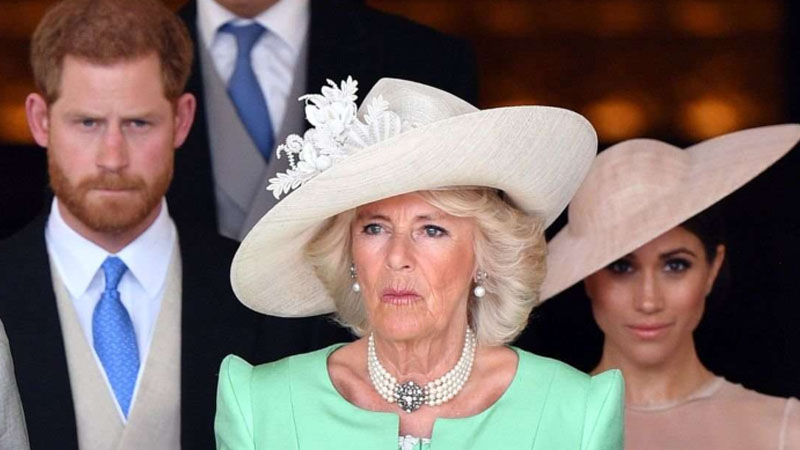 The fact that Prince Harry did not attend his grandfather Prince Philip‘s memorial service is still a talking point. Many believe his absence is due to security concerns, but a royal expert thinks he may have other reasons.

Robert Jobson, a royal analyst, and author says there is a true reason for Prince Harry and Meghan Markle‘s refusal to return to the United Kingdom, and it isn’t because of the former’s dispute with the Home Office about his family’s security. So, what prevents the Duke of Sussex from returning to his homeland?

The Sussexes have confirmed their presence in this weekend’s Invictus Games in the Netherlands, according to Express. Jobson also disclosed that the father-of-decision two’s to skip his grandfather’s memorial in the United Kingdom but to Hauge had nothing to do with safety concerns.

It’s more likely that it stemmed from a desire to be wanted. He told The Mirror that Prince Harry would leave a mark in The Hague. His previous and present brothers and sisters in arms would commend him for “giving back to the armed forces and not forgetting them” as an Afghanistan veteran.

When he visits the United Kingdom with his own family, however, things will be different, and this may have something to do with his upcoming book. Jobson went on to say that his book might reveal his true feelings for Camilla, Duchess of Cornwall.

The latter is set to become the future Queen Consort, as Queen Elizabeth II herself declared in February, which could be the real reason for his absence.

According to Dailymail, Prince Harry is rumored to be penning a memoir on his stepmother. Tina Brown, a royal author, revealed that he despised his father’s second wife and didn’t want her to be the next queen.

Brown claimed he has yet to make peace with her, so he might go after her and possibly Prince Charles. To begin with, Prince Charles and Camilla made their relationship public in the early 2000s.

Despite the fact that Princess Diana had been dead for several years, Prince William and Prince Harry were not seen with her in public until 2001. The first meeting between Meghan Markle’s husband and Camilla was described as “awkward and tense.”

He was just 13 years old at the time, missing his mother, and not in a position to defend her. Although their connection today is warm, royal writer Penny Junor stated in her book “Prince William: Born to be King” that it wasn’t like that back then.

The two princes may have struggled to understand their father’s new passion. Prince Harry “unnerved Camilla,” according to Tina Brown, a royal author, and former Vanity Fair editor, in her new book “The Palace Papers.”

Prince Harry Shock: Prince William’s Brother Allegedly Do The Household Chores, Will Be Happy To Be First Gentleman