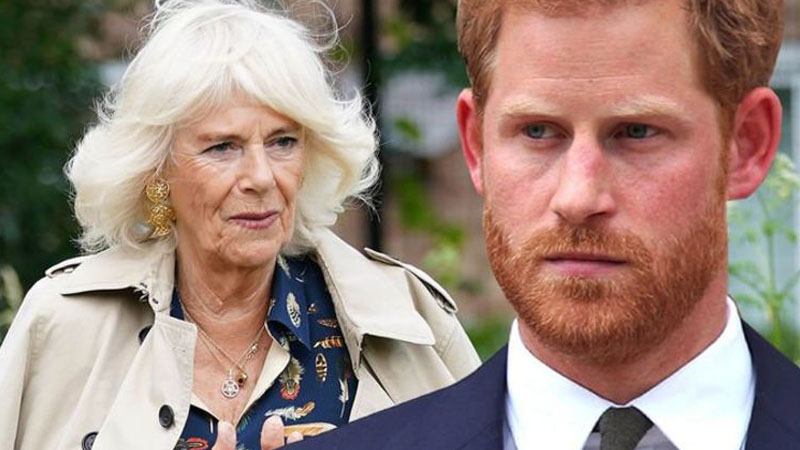 It is said that the Duke of Sussex has long resented the Duchess of Cornwall since he was young. Prince Harry is yet to accept Queen Elizabeth II’s choice to make Camilla, his stepmother, Queen Consort when Prince Charles becomes king.

According to Birmingham mail, on Feb. 7, the 95-year-old British monarch stated that it is her “sincere wish” that the Duchess of Cornwall is referred to as Queen Consort rather than Princess Consort. She wrote in a statement on the 70th year anniversary of her reign, “When, in the fullness of time, my son Charles becomes King, I know you will give him and his wife Camilla the same support that you have given me.

And it is my sincere wish that, when that time comes, Camilla will be known as Queen Consort as she continues her own loyal service.” The Duke of Sussex, according to royal biographer Tina Brown, is not happy with Her Majesty’s news. Because he “can’t stand” his stepmother, he is said to be “very angry.”

“William has accepted Camilla in terms of what she means to his father. He’s been grown-up about it. ‘My father loves this woman, I can’t fight it, so I won’t,'” she told The Telegraph adding, “Harry, on the other hand, can’t stand Camilla. He doesn’t want Camilla to be queen, he’s very angry that it’s happening. He has not made his peace with it and he probably never will.”

Prince Harry is said to have held grudges toward Camilla for a long time. He “unnerved her with extended silences and scorching, resentful stares” when he was a little boy in the sight of the duchess.

Brown even said that in his future memoir, which will be released later this year, the Duke of Sussex will certainly criticize his stepmother. He would go after Camilla, the Prince of Wales, and Prince William, she said. However, Queen Elizabeth II and Kate Middleton are unlikely to do so.

Prince Charles is claimed to be worried that in his memoir, Prince Harry will publicly humiliate Camilla. As a result, he has asked Prince William to defend her in the event that this occurs, but the latter has chosen to remain neutral. Queen Elizabeth II, on the other hand, is apparently concerned that the Duke of Sussex may use his book to criticize his father.

Prince Harry, Meghan Markle has a ‘disastrous’ relationship with the media, a royal biographer claims: They “do not know how to calm down”