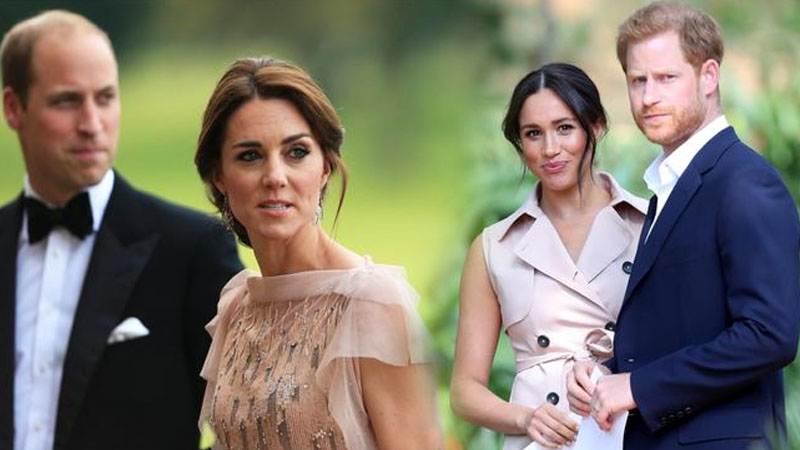 Prince William and Kate Middleton’s upcoming trip to the US could create more tension in the couple’s fractured relationship with Prince Harry and Meghan Markle, a royal expert claims.

British journalist Jonathan Sacerdoti told US Weekly that it is unlikely that the Duke and Duchess of Cambridge will stay with LA-based Harry and Meghan when they visit the US in 2022.

The expert went on to describe the scene as a “lose-lose situation” for William and Kate.

“It’s like so many of these things — it’s a sort of lose-lose situation,” Sacerdoti told US Weekly.

“And if they do accept such an invitation and something goes terribly wrong, that seems like a bad idea. I can’t quite see how this would work.”

In October, 39-year-old William confirmed that The Earthshot Prize – his latest environmental project – will hold its second annual awards ceremony in America in 2022.

William and Kate’s relationship with Harry and Meghan has reportedly been strained since the Duke and Duchess of Sussex left the royal family.

It’s also been claimed that they were displeased with some of the claims made against the royal family in Harry and Meghan’s controversial Oprah interview.

“[There are] still feelings of anger [about] the way the couple carried out their departure from their royal lives,” Finding Freedom author Omi Scobie told Entertainment Tonight, adding that William “has not been able to come to terms with [it] yet.”

While William, Harry, and Kate were seen talking after Prince Philip’s funeral, the two royal couples have not spent any substantial time together since Harry and Meghan moved to LA.

In August, it was claimed that the two couples are attempting to work through their troubles – despite being on different continents.

“I know that the four are talking with one another and they’re talking by Zoom [and by] FaceTime,” royal author Stewart Pearce said.

Donald Trump Accuses Meghan Markle Of Being ‘Disrespectful’ To The Queen, And Twitter Reacts