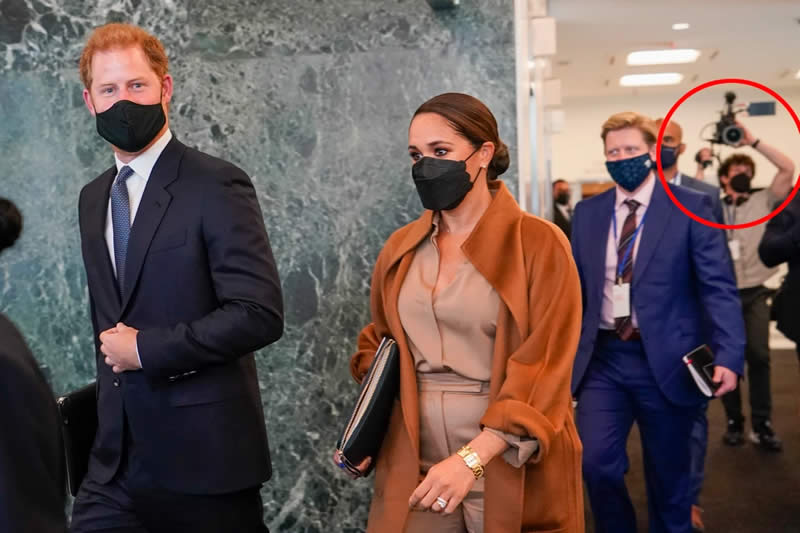 Next month, Prince Harry and Meghan Markle will mark four years of marriage, and a celebrity astrologer has predicted “challenging” times for the Sussexes. Since their May 2018 wedding at Windsor Castle, a lot has happened, including their decision to retire as working royals, according to Express.

Emili Adame, a celebrity astrologer, recently appeared on the “To Di For Daily” podcast and discussed the couple’s marriage. The astrologer started by stating that she previously believed “the relationship could end” while looking at the Sussexes and their marriage. Adame said, “I think to a lot of the energy I was seeing, I was seeing all the trouble that was coming right after the wedding,” and that what “I do still see is more chaos.”

According to her, Harry and Meghan‘s marriage is “very challenging.” She can see two roads, one of the roads that she sees is the relationship itself, they “could grow apart at some point emotionally.” She added that Harry would feel a “duty to his children and would not leave them,” but she sees a lot of “problems in the relationship.”

In terms of Meghan, Adame believes the former actress is going through “a lot of heartaches right now.” She believes Harry wishes to go to the United Kingdom but Meghan does not, and that “she has other plans.” According to Geo News, Adame alleged that Harry and his wife are having a lot of trouble in their relationship due to their ties to the Royal Family.

Harry, according to the astrologer, has an “energy of kind of careless spontaneity that’s kind of catching up with him.” She thinks Harry is seeing the importance of “mending his relationship” with his brother, Prince William, and family, as well as being an “active participant,” but she believes it is hard for her. When it comes to the British Royal family, Meghan doesn’t feel “seen or heard, or like she belongs,” according to the astrologer, and she feels very much like an “outsider.”

Harry and Meghan decided to leave their roles as working members of the Royal Family last year, and they have not been to the UK as a couple since then.