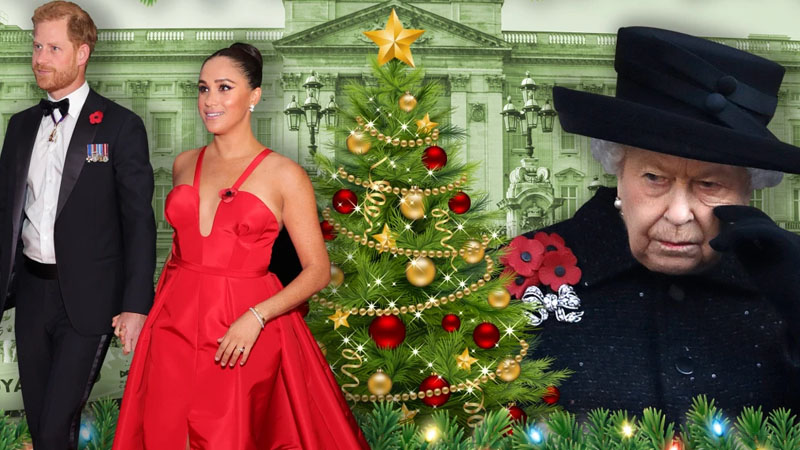 According to reports, Prince Harry and Meghan Markle will not be joining Queen Elizabeth for the first Christmas without Prince Philip.

According to a rumor, Prince Harry and Meghan Markle have no plans to fly to the United Kingdom to spend the holidays with Queen Elizabeth II and the rest of the royal family.

The Duke and Duchess of Sussex were rumored to be planning a Christmas trip to his homeland. However, an unnamed person familiar with the royal couple’s vacation plans told Page Six that it wasn’t in the cards.

“There’s a lot that goes into the logistics and organization of the family Christmas,” the source told the site. “Of course, the staff knows Harry and Meghan aren’t coming.” “If they were, they would have told their family about it by now.”

The Sussex presence would mean a lot to the Queen, especially because it would be her first Christmas without her husband, Prince Philip, according to the source. In April, the Duke of Edinburgh died. At the time, Prince Harry was in the United Kingdom for his grandfather’s funeral.

According to the source, the royal couple does not want to make the news if they travel to the United Kingdom for the holidays.

“I think everyone recognizes there will be a frenzy when they both return to the UK,” the insider continued, “but they need to pull the [Band-Aid] off and get on with it.”

The Sussexes may return to Britain next year for the Queen’s Platinum Jubilee, even if they forego Christmas with the royal family. Her Majesty is said to have invited the Duke and Duchess of Sussex to the ceremony, which will commemorate the Queen’s momentous 70 years as monarch.

Another unnamed insider claimed that coming to the United Kingdom for the first time for such a large celebration would be bad timing since it would simply serve to steal the Queen’s thunder.

“It’ll be bad if it’s the first time they’ve been back in the country since Megxit and they suck all the oxygen from the Queen,” the tipster said.

Christmas is traditionally celebrated at the Queen’s Norfolk estate, Sandringham, by members of the royal family. The gathering involves strange customs and traditions, such as weighing the guests.

The guests are apparently required to weigh themselves in order to verify that they are “well-fed” when feasting at the Queen’s residence. They exchange Christmas gifts as well, but they should be inexpensive “funny gifts.”