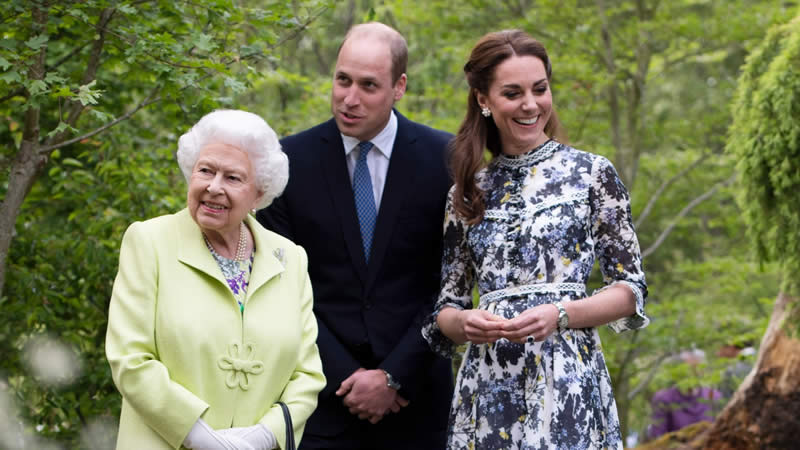 Prince William and Kate are considering a major move just before New Year.

According to royal analysts, William and Kate with their three children, Prince George, Princess Charlotte, and Prince Louis are ready to say goodbye to Kensington Palace and their country retreat Anmer Hall to relocate to Windsor and be closer to the Queen.

The news is not officially confirmed yet, but the royal circle believes that the couple is seriously thinking about it and the announcement will come out soon.

“There’s no doubt that William and Kate have had to up their game in recent months to support Her Majesty and Prince Charles. The death of Prince Philip has reminded everyone that the Queen won’t be around forever and the day is coming when William and Kate will be a king and queen in waiting,” royal author Phil Dampier explains.

“Therefore, it would make sense for them to move to Windsor as they would be close to the Queen, who now lives there instead of Buckingham Palace. They could coordinate jobs and plans more easily and just be on hand to help her.

“William and Kate have played a blinder during the pandemic and have never been more popular. They are absolutely vital for the future of the monarchy and everything rests on their shoulders. They are stepping up their duties and supporting the Queen as much as possible. This is really just the start for them.”

Phil adds that, while the relocation is inevitable, it will be bittersweet for the Cambridges, who have lived peacefully for many years between apartment 1A at Kensington Palace and Anmer Hall, a wedding gift from the Queen.

“They have loved it at Anmer Hall in particular because it has allowed them to give their children the closest thing they can to a normal life,” Phil adds.

“George, Charlotte, and Louis have enjoyed long walks in the woods and days at the beach where they have been undisturbed by the paparazzi. Kate’s mum Carole often stays also and has a close bond with them all. She used to take George to the nursery at a village a few miles away and everyone treated him as a normal pupil.”

According to Royals Monthly, William and Kate have already been “eyeing up options” in the area, and Belvedere in Windsor Great Park was one of them.

“While there are options at the castle, I think they will still want their own place and privacy, so it’s a matter of finding the right property now,” Phil says.

Windsor Castle remains a working palace, where the Queen usually hosts programs throughout the year.

“Living in Windsor would also mean the Cambridges would be closer to Kate’s family in Berkshire, which would be ideal – and it’d be convenient for when George goes to Eton, a stone’s throw from Windsor Castle.

“Indeed, when he was at Eton, William would walk over the bridge and go and have tea with the Queen and Prince Philip. Often he would spend time with his grandmother there alone, and she schooled him in preparing for his future destiny.”

According to royal expert Angela Levin, the movie only shows how important family is to William and Kate.

“I am quite sure that underlying it all is the fact that they care very much about their family,” Angela says.

“And even though the Queen looks absolutely stoic and heroic when we see her out and about in bright colors, seeming very positive, there must be very deep and dark patches when she is alone without her late husband. After 70 years together, it must be extraordinarily difficult.”

Meanwhile, another royal expert, Penny Junor, recently discussed Prince William’s close relationship with the Queen and his dedication to his responsibilities.

“I think he absolutely gets what his destiny is and he is embracing it,” she said. “He is modeling himself on his grandmother, the Queen.”

A few years ago, Prince William also paid tribute to his grandmother’s role in his life for the ITV documentary, The Queen at 90. He said, “Growing up, having this figurehead, having this stability above me has been incredible. I have been able to explore, understand, slightly carve my own path. I greatly appreciate and value that protection.”

Queen Elizabeth Forgave Harry And Meghan By Inviting Them to Platinum Jubilee Celebration?