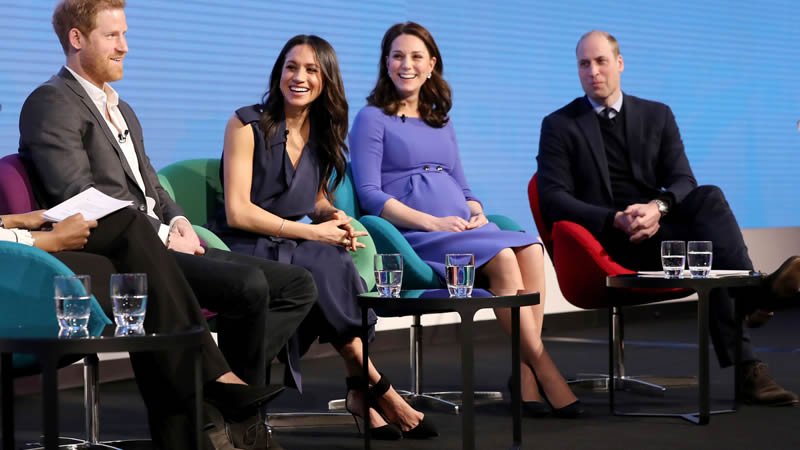 With every palace insider trying to get to the root of Prince Harry and Meghan Markle’s feud with Prince William and Kate Middleton, there’s an interesting theory floating around about when it started. Royal author Tom Quinn seems to think that the rift started when the Duke and Duchess of Sussex moved into their new home at Nottingham Cottage on the grounds of Kensington Palace.

He suggested in the U.K. documentary, Meghan & Harry: Two Troubled Years, that the smaller size of their place compared to William and Kate’s apartment “led to friction.” “It was being pointed out to them in no uncertain terms that they weren’t in the first division, because that place is held by William and Kate,” Quinn said in the TV special, per the Express.

That’s a theory, but is it an accurate theory? Are the two couples that petty that they were going to argue about the square footage of an apartment? With Prince William second in line to the throne and a father to three children, it is easy to understand why their home would be larger.

Let’s look at this from another angle. It’s possible that the proximity of the two couples living near each other escalated the tension. There are many dynamics within a family and for years, Harry was the third wheel to William and Kate. As he started to shape his relationship with Meghan, he set himself on a different path from his brother. And in many families, sisters-in-law aren’t always the best of friends. It sounds like a more reasonable explanation that being neighbors didn’t bring the couples closer together.

That would also explain Harry and Meghan’s abrupt move to Frogmore Cottage in late 2018. They might have thought that giving everyone distance would make the relationship easier. Now, we know that didn’t happen, but it makes a lot more sense than fighting over who has the best plot of land at Kensington Palace.

WORLD’S LARGEST PIECE OF ART TO BE BUILT IN DUBAI