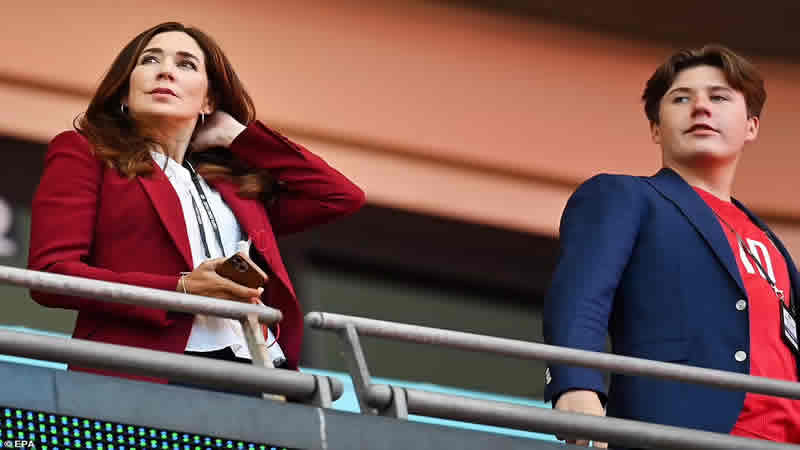 “Just arrived at Wembley! The togetherness has brought us here – and let us show them that we are not going home, but we must move on 🇩🇰⚽️ Come on, Denmark!,” the Danish Royal House captioned a photo of the Crown Prince Couple and their 15-year-old son.

The three future Kings, William, Frederik and Christian were photographed chatting ahead of the game on July 7. The Duke, who is president of the Football Association, was also spotted speaking with Crown Princess Mary. Absent from the sporting event was William’s wife Kate. The Duchess of Cambridge is currently self-isolating at home after coming in contact with someone who tested positive for COVID-19.

While Kate missed out on a royal reunion with Mary at Wednesday’s game, the Duchess attended last week’s EURO 2020 match between England and Germany with William and Prince George. Following England’s win, Kensington Palace tweeted a photo of the Duke, Duchess and their son cheering, writing: “Incredible performance @England !”

Arnold and Maria Reunite for the Sake of Furniture