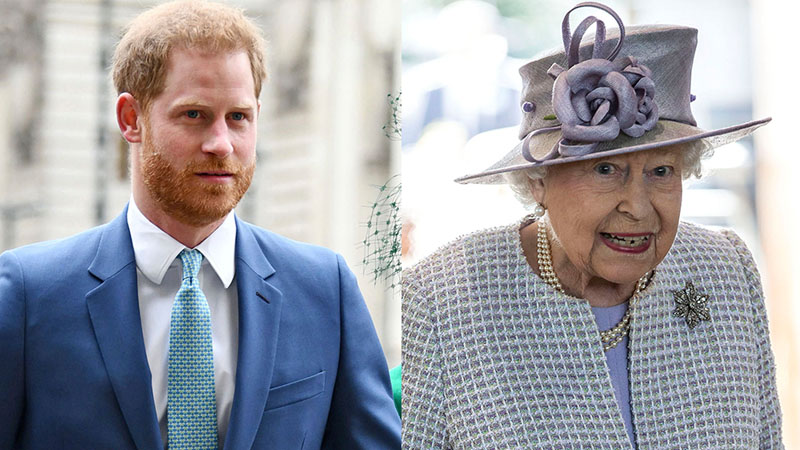 Queen Elizabeth II has received several pieces of bad news in the last few days. Some concern Prince Harry and his wife, Meghan Markle, while others are health-related.

Queen Elizabeth recently battled COVID-19 and has been having difficulty walking since then.

Because of the 95-year-old Queen’s mobility problems, she is unable to walk her beloved dogs about the castle.

The ailing monarch has had to cancel a number of events, and it’s thought she won’t be able to attend the next thanksgiving service for her late husband, Prince Philip.

The Queen’s sorrow was increased when Prince Harry and his wife issued a statement confirming that they will not visit London next month.

The announcement essentially confirmed that Queen Elizabeth will not meet Lilibet Diana, her great-granddaughter.

Many have predicted that Prince Harry and his wife will skip Elizabeth II’s Platinum Jubilee due to his legal fight with the Queen’s government over security issues.

In the midst of all the bad news, Prince Harry was able to let his grandmother know that he thinks highly of her and has been going out of his way to make sure that she is portrayed in a positive light in his upcoming memoir through the help of a close ally.

Unofficial biographer Omid Scobie, who is a close friend of Prince Harry and Meghan Markle, told the Queen in a new interview what she can expect.

In his highly anticipated tell-all book, the royal author claims that Prince Harry is taking the necessary steps to avoid damaging her legacy.

Scobie claimed that Duke Sussexx‘s book would not be “warts and all.”

During a sit-down on an episode of the Royally Obsessed podcast, he said: “I’ve been told by sources that Harry is going out of his way to make sure there is nothing in there that could be construed as being negative towards the Queen or her reign in any way.”

He added: “I don’t’ think that ‘warts and all’ moment is going to happen.”

Since Prince Harry and the retired actress stepped aside from their royal duties in early 2020, they have appeared in a number of widely publicized interviews in which they have shared damaging info about the royal family.

The royal couple, on the other hand, were usually respectful of the Queen. Prince Harry said he “respects” his grandmother during the Oprah Winfrey interview, and Markle added, “The Queen has always been nice to me.”

Prince Harry’s book is set to be released this year.

Spicy Marriage: Duke of Cambridge reveals that Duchess’s curries are too hot for him

Royal Experts Say That Queen Would Not Voluntarily Abdicate