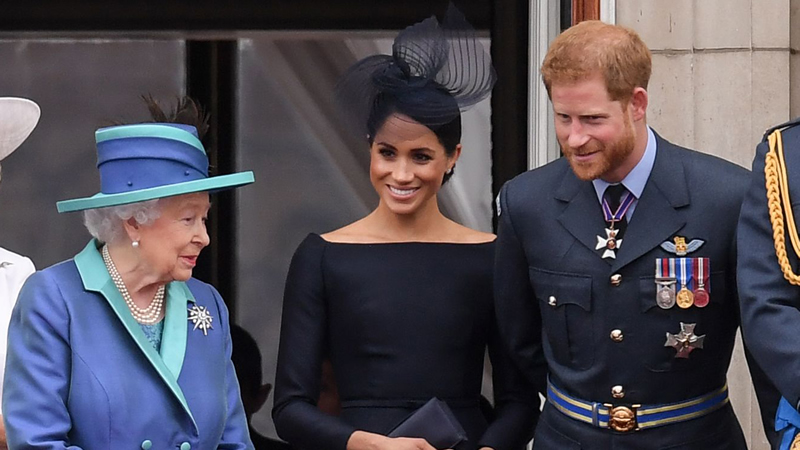 As her Platinum Jubilee gets closer, it seems that the Queen is determined to reunite her family, with reports claiming she has ‘ordered’ Prince William and Prince Harry to resolve.

The 95-year-old, who was recently forced to strip Prince Andrew of his military titles and royal patronages as he faces a civil trial over sex assault allegations made by Virginia Giuffre, has now turned her attention to her grandsons’ difficult relationship.

“She’s tired of waiting for everyone to sort out their own messes and is personally intervening in everything,” a royal insider told Woman’s Day.

“The brothers’ relationship broke the moment William urged Harry to take his time to get to know Meghan and not rush into anything. As we’ve seen, Harry’s hackles have been raised ever since.

“But the Queen has personally ordered – that’s ordered, not requested – for this nonsense between them to stop.”

Prince Harry, Meghan Markle, and their children were expected to visit the UK in the spring for the Duke of Edinburgh’s memorial service and in the summer for the Queen’s Jubilee.

However, a recent spat with UK police has cast doubt on the visit, with Harry’s request for extra police protection for his family turned down, even though he covered the cost himself.

According to his legal representatives, these arrangements did not provide the prince with the level of protection he required while in the United Kingdom.

“In the absence of such protection, Prince Harry and his family are unable to return to his home,” a statement said. It cited a July 2021 incident in which they claimed his security had been compromised while leaving a charity event due to a lack of police protection.

In July 2021, William and Harry came together for the first time in months to unveil a statue of their late mother, Princess Diana.

Despite the brothers’ apparent unity in honoring their mother, it has since been revealed that William was reportedly “furious” at the time and didn’t want to attend in the first place.

“Both Harry and William can be stubborn and hot-headed, but there’s only one person in the world who can put an end to that – their granny,” the insider continued.

“If Harry knows what’s good for him, he’ll be on the next flight to London.”

Prince Harry ‘reaches out to Charles

Another royal source claims that there are signs that Prince Harry wants to repair his relationship with his family, claiming that the Duke of Sussex has ‘reached out to his father’ to have ‘friendly video calls’ ahead of the Queen’s Jubilee.

“There has been a definite thaw in relations between Harry and Charles. They are on much better terms and have been having friendly chats and video calls,” they told The Sun.

“It has been suggested to Harry he may live to regret any lingering family bitterness, and he has taken that on board.

“There is a feeling he is coming back more into the fold and wants to be closer to his family.”

It comes after Prince Charles made a rare public statement about Prince Harry in which he praised both him and his brother, Prince William, for their efforts to combat climate change.

Even after Harry made several revelations about their strained relationship, the 73-year-old royal said he was “proud” of both of his sons’ efforts in an essay for America’s Newsweek magazine.