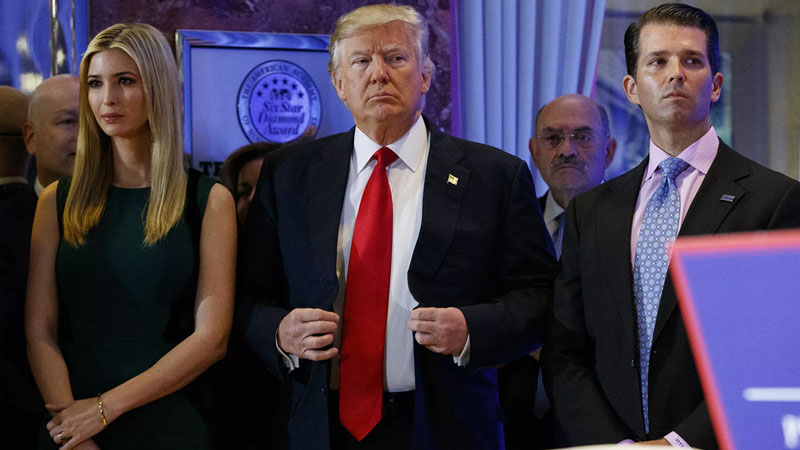 NY AG Letitia James had issued subpoenas to Donald J. Trump, Donald Trump, Jr., and Ivanka Trump seeking “testimony and documents in connection with an investigation into the valuation of properties owned or controlled by Donald J. Trump or the Trump Organization,'” according to papers filed earlier in the month.

New York Attorney General Letitia James has taken legal action to force former US President Donald Trump and his adult children – Donald Trump Jr. and Ivanka Trump – to testify as part of her office’s ongoing civil investigation into the Trump Organization’s financial dealings, according to an announcement from her office.

The NY Attorney General reiterated the announcement in a Twitter post, where she added that no one in America could “pick and choose if and how the law applies to them.”

Last month, Donald Trump filed a lawsuit in an attempt to block Letitia James’ investigation into his business, accusing the New York AG of violating his constitutional rights. Papers filed by the Attorney General have opposed that motion.

According to the statement from the Office of the Attorney General, it has accumulated significant evidence indicating that the Trump Organization resorted to “misleading asset valuations” to obtain diverse economic benefits. These ostensibly included loans, insurance coverage, and tax deductions.

The OAG underscored that it had still not determined whether the evidence merited legal action, yet stated that “grounds for pursuing the investigation are self-evident.”

“For more than two years, the Trump Organization has used delay tactics and litigation in an attempt to thwart a legitimate investigation into its financial dealings,” said Attorney General James in the official statement from her office.

There has not yet been any official comment from Trump representatives.

The investigation into the Ex-POTUS’ company – a real estate-focused empire – focuses on a range of suspected criminal wrongdoings, such as falsification of records and tax fraud by ex-CFO Allen Weisselberg. A related but separate probe by the Attorney General’s office is investigating the possible fraudulent undervaluation of several properties in New York and California.

Letitia James joined the Manhattan District Attorney’s Office in its investigation into the Trump Organization last October, prompting Republicans to accuse her of trying to score political points as she was planning a New York gubernatorial run in 2022 at the time. She subsequently announced she would run for AG reelection.

Weisselberg and the Trump Organization have pleaded not guilty to the charges against them, while Donald Trump slammed the probe as a “political witch hunt by the Radical Left Democrats.”