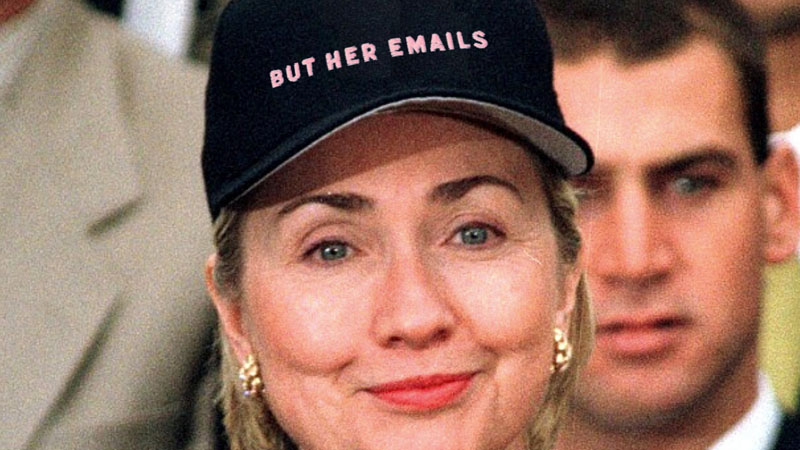 A pro-life woman was “outraged” to see herself in a pro-choice ad shared by former Secretary of State Hillary Clinton and Democratic Gov. Gavin Newsom in support of a proposal to include abortion in the California State Constitution.

Macy Petty, a pro-life activist, accused Clinton, Newsom, and those behind the ad of misusing her image to promote “demonic activity” in an open letter posted to her Twitter account on Oct. 20.

The video circulated by Clinton, Newsom, and others shows Petty sobbing on the ground outside the Supreme Court as the decision to overturn Roe v. Wade was announced in June. The word “sad” was superimposed over her image, implying that Petty’s reaction was one of devastation rather than joy.

“Hey Hillary, I’m the girl crying in this video,” Petty tweeted at Clinton on Oct. 20. “I am pro-life and those are HAPPY tears because I just witnessed a MIRACLE!”

“I’m part of a generation of pro-life activists,” Petty told The Christian Post in an interview published Friday. “My mom worked at a pregnancy center, and my grandma started one. So it’s in my blood. And I was just so grateful to be there to witness it because there are so many people who were in the fight before me who didn’t get to witness it.”

Petty told the faith-based publication that she was “outraged” by the advertisement, but that her open letter demanding her removal from the video must have been received because she is not in the most recent version. Her face is still visible in the version that Newsom, Clinton, and others shared on social media.

Petty claimed the footage “portrayed me in an evil light and distorted my emotions as part of your political games” in a letter to Newsom, Clinton, and the video creators.

“You selected the portion in which I fell to my knees in tears,” Petty continued. “At this moment, I witnessed a miracle. I was overwhelmed. As I continued to witness history, I pondered how lucky I was to witness such an event. I thanked the Lord for this decision and for opening my eyes to the evil of abortion. This is what brought me to tears.”

“I will not stand by as you use my face, my tears, and my passion in a way that promotes demonic activity,” Petty added in part. She also demanded an apology. The California Democratic Party, which paid for the advertisement, did not respond instantly to Fox News Digital’s request for comment on Petty’s letter.

Kate Middleton “Stressed and Anxious” About Everything That’s Happened in the Past Two Months: Royal Experts

Tom Brady reportedly made a ‘too little, too late effort to save a marriage