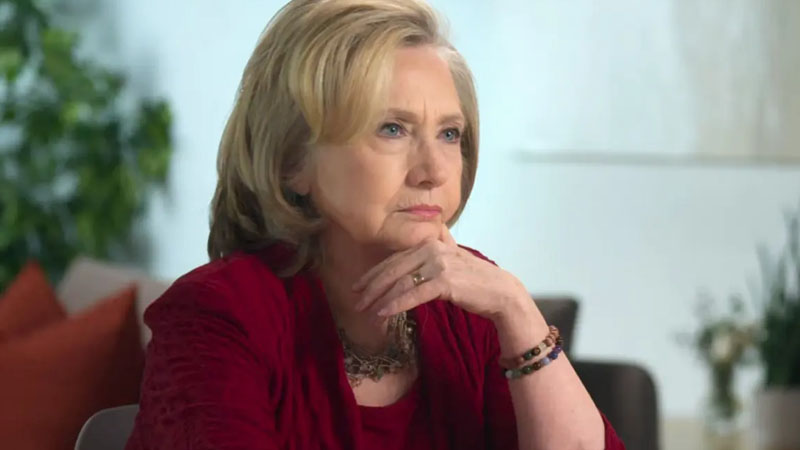 Hillary Clinton stated that she thinks Donald Trump should be held accountable for any illegal actions, just like any other citizen would, as the investigation into the classified documents discovered at his Mar-a-Lago residence continues.

The Department of Justice is investigating the allegations that former President Trump took secret documents from his White House residence to Mar-a-Lago.

Trump could spend up to 33 years in prison if found guilty of violating three laws, including a section of the Espionage Act, according to the investigation.

“He’s not the president, and we do have some special exceptions for someone actually in the office. So, I do think that, just like any American, if there is evidence, that evidence should be pursued,” Clinton said on a Sunday episode of CNN’s “State of the Union.”

“But if the evidence proves or seems to show that there are charges that should be leveled, then I think the rule of law should apply to anyone,” Clinton told CNN reporter Dana Bush Sunday.

The former secretary of state previously stated that she didn’t want to “pre-judge” the investigation into Trump when speaking with “The View” hosts on Wednesday. However, she insisted that “no one is above the law.”

“I’ve been pre-judged — wrongly — enough, I’m not gonna pre-judge somebody else,” she said on Wednesday. Clinton had once been the subject of a State Department investigation looking into her use of a private email server during her time as Secretary of State — a controversy that was prominent during the 2016 Presidential election as she faced off against Trump.

In 2019, the Department found “no persuasive evidence of systemic, deliberate mishandling of classified information.”

“Both as secretary of state and as a private citizen, I have answered every question I’ve ever been asked. I’ve testified for eleven hours,” Clinton said on Sunday. “I think that’s the way the system is supposed to work.”