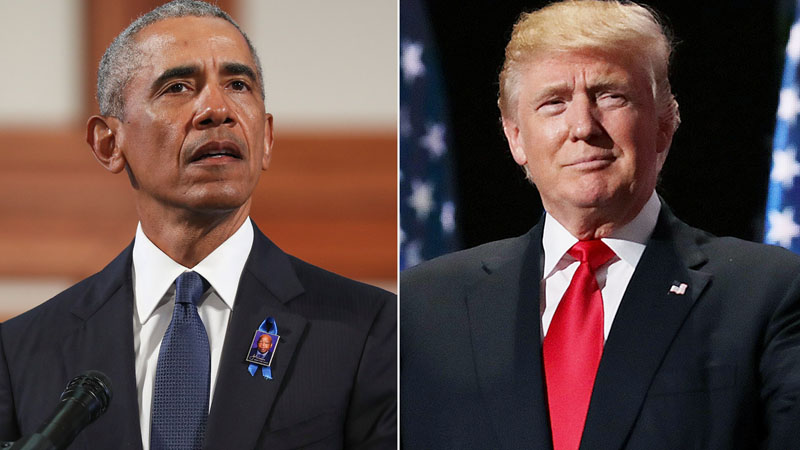 The video, which was given to the conservative website Gateway Pundit, shows Boozman speaking on a hidden camera and challenging Trump about his criticism of the election results after they had been confirmed.

“Once the state agrees that hey, this is… this is the results…we’re going forward, then you have to let it go,” Boozman said. “This deal about Mike Pence being able to… That was absolutely nuts… that was just,” Boozeman added. “You know, if you’ve got a situation where somehow the Vice President can, they’d never leave office. You know, it’s just, it’s crazy… So I think once they certify, constitutionally, that’s where it ends and that’s Tom Cotton’s opinion.”

“Do you think some of that may have gone on a little bit in the 2020 election?” Boozman is asked.

“I’ve not seen, and again this might change tomorrow, but I’ve not seen anyone come forward, kind of like in, when we had the deal in Florida with Bush, you know the recount there,” Boozman said. “Nobody ever proved that… that wasn’t a good count. But with this deal, I mean nobody’s shown anything to prove that, you know there’s enough, if there was regulation, nothing really in this last election would have changed it… in the states.”

The 2020 election dispute was then linked to the Trump-Russia conspiracy hoax, according to Boozman.

“I, you know, I don’t blame him in the sense that, we hear this out of Trump, this is a guy that during his entire presidency, you had a situation where the Democrats were doing the same thing. You know, they declared him illegitimate… and actually, the thing to watch as you go forward, is this investigation, that this guy is doing, a special prosecutor, about what all went on regarding the FBI and all of the Russia Collusion stuff they made up. You know, so, it works both ways,” he said.

Boozman had previously misquoted Obama in order to blame him for the riot on January 6.

“I think he made a really tragic mistake in the way that he handled it,” Boozman said in January 2021.

“It was a huge mistake” for Trump to urge his followers “to march on the Capitol,” Boozman added, failing to note that Trump stipulated that the marchers “peacefully make their voices heard,” or that the riot started before any of those marchers could reach the capitol grounds.

Despite this, Boozman voted to acquit Donald Trump after the president’s second politically motivated impeachment.

“While former President Donald Trump bears some responsibility for what happened that day, the perpetrators who planned, coordinated, and assaulted the Capitol building must be held accountable to the fullest extent of the law and brought to justice,” Boozman said in a statement.

Despite this, Trump endorsed Boozman in his senate re-election bid in Arkansas’ deep red state in March 2021.

“Senator John Boozman is a great fighter for the people of Arkansas. He is tough on crime, strong on the Border, a great supporter of our Military and our Vets, and fights for our farmers every day. He supports our Second Amendment and has my Complete and Total Endorsement!” the ex-president said in a statement emailed to Newsweek.

Boozman is being challenged in the Arkansas Republican primary by Jake Bequette, a U.S. Army veteran and former NFL player who is running for Senate as a Republican. In the undercover video, he issued a statement.

“This is what we’ve been saying all along,” Bequette remarked. “This is the type of weak leadership that gave away the 2020 election. John Boozman continues to brag about a Trump endorsement while mocking him behind his back.”

In a February interview with The Hill, Bequette claimed that Boozman only supported Trump when it was politically beneficial.

“There are too many Republicans who only stand with President Trump and really the America First movement when it’s convenient for them,” he added. “And I think the people of Arkansas are ready for a leader, someone who’s going to stand up and … lead from the front, not someone who’s going to be largely invisible.”

Bequette stated in a January interview with Fox News that Arkansas is “ready for a change” in Senate leadership because Boozman has failed to represent the deeply conservative state.

“We’re a deep red, Republican state. A very pro-Trump, America First state,” Bequette said. “Unfortunately, too many of our elected Republican leaders, they’re just empty suits who simply have an ‘R’ next to their name.”

“We need leaders who can actually move the needle and fight back against the radical Democrats and the failures of this current administration, and that’s why I am in this race, and I think the people of Arkansas are ready for a change,” Bequette said.

According to Politico, Bequette received a cash infusion for his Arkansas Senate run in October.

“One of the Republican Party’s biggest donors is working to defeat Arkansas Sen. John Boozman in next year’s GOP primary,” Politico noted. “Dick Uihlein, a prominent conservative megadonor, is giving $1 million to a newly formed super PAC aligned with Republican Jake Bequette, according to a person familiar with the contribution. Bequette is an Iraq war veteran and retired NFL player who is challenging Boozman.”

Boozman had received Trump’s endorsement before entering the 2022 midterm elections, according to Bequette in the Fox News interview cited above. Representatives Madison Cawthorn (R-NC) and Burgess Owens (R-GA) have both supported him (R-UT).

“No one has more respect for President Trump than me, and that endorsement came before I got into the race,” Bequette said.

In the 24 hours after it was revealed, Boozman has not denied the authenticity of the undercover footage. Becker News obtained the video from a second official source who confirmed its validity. If Boozman issues a statement in response to a video or its substance, it will be included in this post as soon as possible.

There is currently no polling in the Arkansas Senate primary contest to reflect Boozman’s current position against Bequette. But the hidden video of Boozman is a sign that campaign season is starting to heat up.

Maryland, Maine, and the Other States Get Four Stimulus Checks