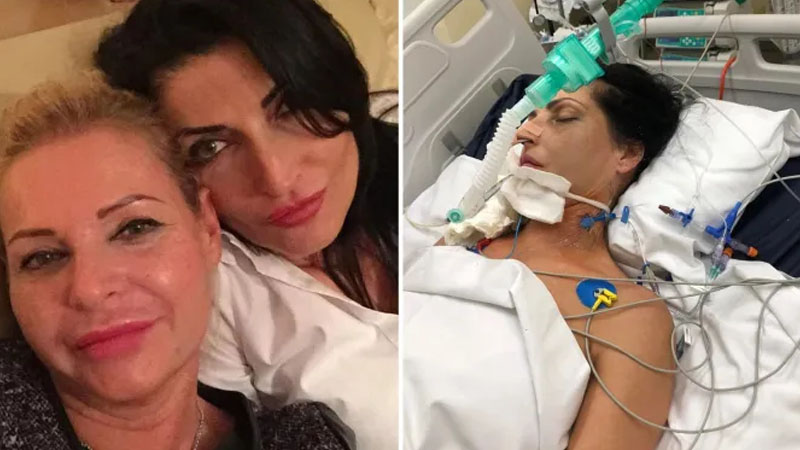 A woman has spent been left brain dead in a coma after a cosmetic dentistry operation in Poland went tragically wrong. A criminal investigation is currently being done into what happened to Beata Filipek, age 57.

According to her relatives in Leeds, she was given fentanyl during the treatment and experienced an adverse response to the drug, which resulted in long-term brain damage. According to the family, Beata, a beautician who regularly engaged in exercise and running, had started to experience bone loss in her lower jaw and wanted implants to preserve her look.

On April 13, she scheduled an $18,569 anesthetic surgery at a private dental office in Lublin, and she arranged for an aunt to drive her up. She texted the aunt that day at 3:24 pm to let her know she had signed all the consents and the treatment was starting, according to Wales Online.

Although it was only intended to last 90 minutes, she had to wait two hours for anesthesia recovery. At 7 p.m., Ms. Beaty’s aunt called her, but when she didn’t hear back, she went to the clinic.

She was horrified to find her niece unconscious on the bed wearing a plastic mask. The doctors informed her that an ambulance was already under the route and that the hospital had been informed.

Beata was taken urgently to intensive care at the Lublin hospital on Staszica Street at about 8:30 p.m. A few days later, Dagmara, Beata’s sister, flew to Poland from her home in the United States to learn the truth about what had actually happened to her sister.

She said: “I entered the doctor’s office under the pretext that I was a client. They took me upstairs. He closed the door, and only then did I admit that I was Beata Filipek’s sister.

“He got very scared and said ‘I really don’t know what happened, but her blood pressure started to drop. It was very hard to pull out teeth. I even stopped doing the procedure because I felt something was wrong. I ordered a quick recovery from anesthesia. But what happened, you have to talk to the anesthesiologist.”

Dagmara called the anesthesiologist who told her: “I don’t know what happened, but she got some convulsions.” Beata only had three of her teeth removed. The doctor did not have time to insert the implants.

The money for the unfinished surgery was scheduled to be returned by the clinic. According to Beata’s family, an MRI scan showed damage to the cerebral cortex as well as irreversible changes in her brain.

Beata’s three grandchildren’s mother, Ellie Mae Fitzgerald, 26, was quoted as saying, “I cannot believe what has happened to my mother-in-law. I am devastated beyond belief. My three children have been informed that their grandmother would never fully heal from her injuries.

“We are all due to fly out to Poland next week to say our goodbyes. She has now been transferred from the hospital to a rehabilitation center but I’ve been told by doctors she is brain dead and will never recover.

“A couple of weeks ago she opened her eyes which gave us some hope but doctors have confirmed that there is nothing more they can do. She was so fit and healthy before this surgery. We need answers as to what has gone so badly wrong. Apparently, she was given fentanyl and she has reacted to it.”

Dagmara, who has complained to the prosecutor’s office, is keeping a bedside vigil in Poland. She said: “I am praying for her to just open her eyes and walk out of this nightmare. She walked into the dentist’s office healthy and vibrant and now has a hypoxic brain injury. I want to scream.”

She said her sister was making strange body movements while under the anesthetic and had low blood pressure. “They still did not call an ambulance. She was kept for another two hours in the office,” she said.

“My sister is lying in an ICU bed in her perfect make-up, beautiful skin, perfect nails, and beautiful body that she always cared for so much. I am crying -I am crying a lot. It is so stupid to lose your life for a tooth.”

According to Agnieszka Kpka, the district prosecutor’s office in Lublin’s spokesman, procedures have been started under Article 156 of the nation’s Criminal Code for causing serious harm to people.

Jill Biden criticized ‘tacos’ comments during her speech to Hispanic voters: “It’s going to be wild”