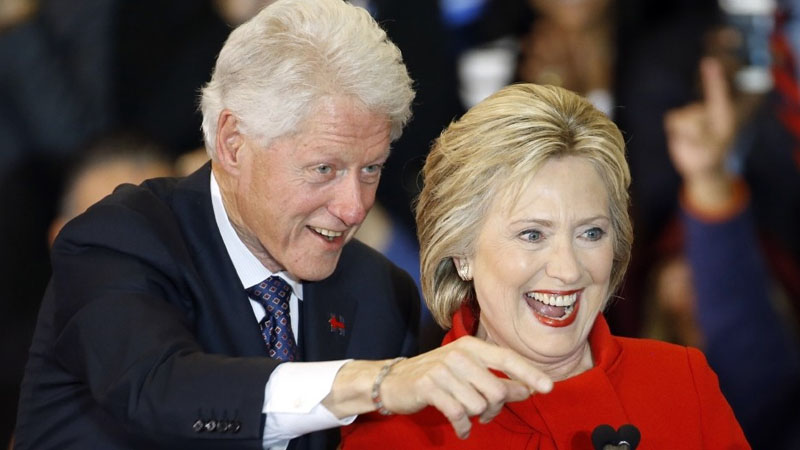 Bill Clinton was left alone after Hillary Clinton went out on a rare date night in New York City, just weeks after she tested positive for COVID-19, forcing the couple to quarantine at home.

On Tuesday, the former first couple ate dinner al fresco near Central Park on Manhattan’s Upper East Side at the upscale Mark Hotel, before she made a discreet exit on her own.

In images obtained by the Daily Mail, Bill, 75, could be seen waving and happily welcoming spectators as the couple entered the restaurant. While their Secret Service detail stayed close by, the Clintons were joined for dinner by at least two guests. Hilary, 74, eventually called it a night, leaving her husband solo to continue eating his meal.

Radar Online reported that Hillary looked stunning in a black pantsuit, a bright pink coat, and kitten-heel heels. Bill, her husband, was dressed in a dark suit with a striped yellow tie and black dress shoes.

Hillary updated her health on Twitter on March 22, saying she was doing well overall despite her coronavirus battle.

“Well, I’ve tested positive for COVID,” she tweeted. “I’ve got some mild cold symptoms but am feeling fine. I’m more grateful than ever for the protection vaccines can provide against serious illnesses. Please get vaccinated and boosted if you haven’t already!”

“Bill tested negative and is feeling fine,” she continued. “He’s quarantining until our household is fully in the clear. Movie recommendations appreciated!”

Comedian Kathy Griffin was one of many social media accounts to send well-wishes to the politician. “Hilz! No!!! We will not rest until we know you are fully recovered,” the My Life on the D-List star wrote in response. “I only have one and a half lungs left, but I can probably spare, like one of my lobes in my right lung if you need it!”

Despite Bill’s late-90s relationship with White House intern Monica Lewinsky, Hillary has forgiven her husband and the two are still together.

The pair married in October 1975 and will celebrate 47 years of marriage this fall. Hillary and Bill have had one child together, Chelsea Clinton, a daughter.

Is a 4th COVID Vaccine Dose Required? The Proof Is In The Hands Of An Epidemiologist

The Dog of a Pregnant Woman Wouldn’t Stop Barking At Her Belly, So She Realized What It Was Trying To Tell Her