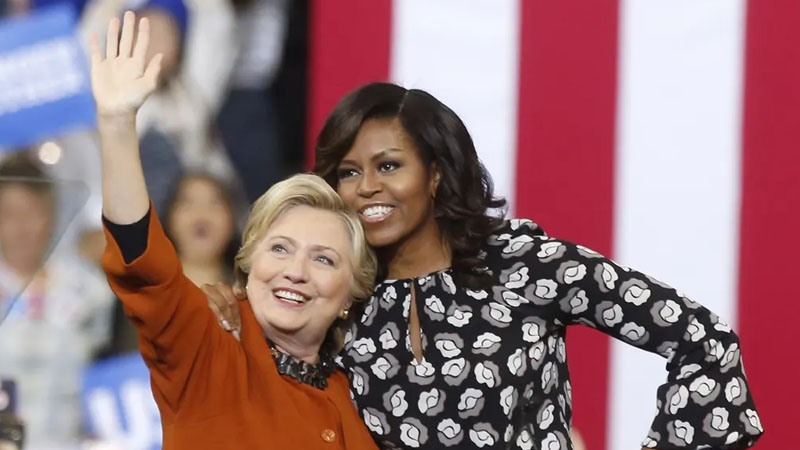 Michelle Obama and Hillary Clinton are said to be at odds about who will be the next president of the United States.

The Boston Globe reported on April 11 that both Obama and Clinton want to succeed Joe Biden as President.

“These are two women who truly have a vicious rivalry. They both want the same things and are willing to step over each other to get them,” the source said.

According to the insider, Clinton and her husband, Bill, are already plotting ways to damage Obama’s bid for the White House.

“Hillary and the former president have never gotten over her losing the 2008 nomination to Barack. They will do anything to block Michelle’s path to the presidency,” the source said.

Hillary also believes Michelle could beat her in the election, according to the insider. As a result, it would be best if the latter just did not campaign at all.

However, even if Hillary decides to run for politics, sources believe she will lose. After all, she is said to have an excessive number of skeletons in her closet.

“Biden is going to be 81, and Hillary Clinton has a record of losing elections and of skeletons in her closet, from her husband’s affairs to her own embarrassments. Hillary still thinks she’s superior to any other candidate, especially Michelle, who she believes has leapfrogged her without her background or experience,” the source said.

As per reports in the Epicstream, despite the challenges she confronts, Hillary is said to be passionate about trying her luck and running for office. And she isn’t going to stop until she achieves her goals.

“Hillary is out to prove she can be a player too. Not only is she producing a movie, but it also’s from a book that she co-wrote, and she’s growing all over town that she’s already outdoing Michelle, which is pretty insulting,” the source claimed.

However, the claims made by the tabloid should be taken with a grain of salt.

Hillary and Michelle have not indicated that they intend to run for politics. In fact, Michelle Obama, Barack Obama’s wife, has consistently stated that she has no interest in running for president.

Michelle tried to talk her husband out of running for president a few years ago, but she was eventually forced to accept it. But, if she has her way, she will never enter the White House again.