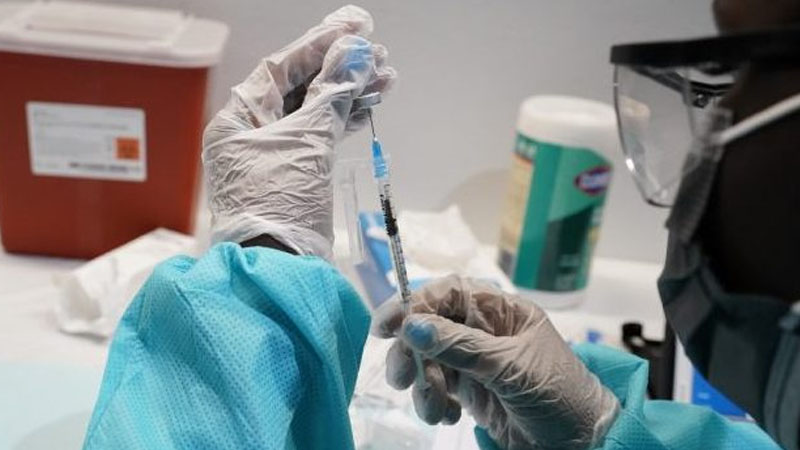 The US Food and Drug Administration approved a second COVID-19 vaccination booster dose for vulnerable populations in the US in late March 2022, a move that was quickly endorsed by the Centers for Disease Control and Prevention.

Four months after having the initial booster dose, people 50 and older, as well as certain immunocompromised individuals who are at a higher risk of serious disease, hospitalization, and death, are eligible.

In January 2022, patients in these same susceptible groups in Israel began receiving fourth doses. The United Kingdom has begun delivering the fourth dose to adults aged 75 and up, dubbed “spring booster.” Over 60-year-olds in Germany are now eligible for a fourth dose of the mRNA series.

I’m an epidemiologist at the University of Texas Health Science Center School of Public Health, as well as the founder and author of Your Local Epidemiologist, a weekly that translates the latest public health science into everyday use.

Many people are questioning the value of boosters for COVID-19 protection in light of the most recent guidelines. Is the third shot becoming less effective over time? Is it required to take the fourth dose? What if you’ve already had an infection?

After evaluating the growing body of evidence on how the immune system changes over time as a result of each dose, it’s obvious that giving vulnerable folks another booster provides a significant benefit with very little risk.

A third dosage of the mRNA series – or the first booster dose – was and continues to be crucial for all age groups to ensure a robust immune response against the omicron form. This is partly due to the fact that the immune response fades with time, and partly due to the fact that omicron has proven to be partially efficient at evading immunity from current COVID-19 vaccines and prior infections.

But then there’s the question of how well the first booster’s immunity holds up over time.

The UK has the greatest real-time statistics on vaccine effectiveness over time. Follow-up data for 15 weeks after the third dose, or first booster shot, is currently available from the UK Health Security Agency.

However, even protection from hospitalization is eroding over time. While this information is useful, 15 weeks of follow-up data isn’t very useful in the United States because many Americans received their third dose as recently as 24 weeks ago.

The effectiveness of the vaccine against hospitalization decreased slightly after the booster, but it mainly held up five months later.

All age groups were combined in the studies listed above. However, experts have discovered that older adults’ immune responses are not as powerful as those of younger people. This explains why adults aged 65 and up have a considerably higher rate of breakthrough infections.

A recent study published in the Lancet looked at the long-term effects of a third treatment in adults aged 76 to 96. Researchers discovered that while the third dose improved neutralizing antibodies, antibodies still fell significantly after a booster in the face of omicron.

Researchers can examine the effectiveness of the fourth dose now that Israel has been delivering it for several months. So far, three papers have been published, one of which has not been peer-reviewed.

In one study published in the New England Journal of Medicine, researchers looked at infection and serious sickness rates after a fourth dose – or second booster – in over a million Israelis aged 60 and up.

The researchers discovered that the rate of COVID-19 infection was two times lower after a fourth treatment than after a third dose. After six weeks, though, the protection wore off. In comparison to those who did not, they discovered that the rate of serious disease was four times lower compared to those who received only three doses. It’s important to note, though, that hospitalizations among both groups were very low.

Another study in Israel looked at the effectiveness of the fourth dose among younger healthcare workers. Antibody levels have dropped significantly five months after the third dose, according to the findings.

Unfortunately, in this cohort of younger health care workers, the effectiveness of the fourth dose was no different than that of the third dose. In other words, for young, healthy populations, a second booster of the same formula may not provide a significant advantage.

Researchers conducted a third study, which has not yet been peer-reviewed, among adults aged 60 to 100 years old in a big Israeli health-care system.

What if you had a COVID-19 infection with Omicron?

“Hybrid immunity” refers to the combination of being vaccinated and having had a COVID-19 infection.

With an omicron infection proven, skipping a second booster is not unreasonable. This isn’t to say that people should seek out SARS-CoV-2, the virus that causes COVID-19, on purpose. Hybrid immunity, on the other hand, is clearly a viable road to protection.

In short, there is good evidence that a fourth dose – or second booster – protects vulnerable populations, such as persons over 60. As a result, for some groups, adding another booster is a viable option.

While a fourth dose may benefit a small group of people, getting the first, second, and third doses is far more critical.

Hillary Clinton skips out on a rare date night with her husband Bill, leaving the restaurant alone after the couple’s quarantine time