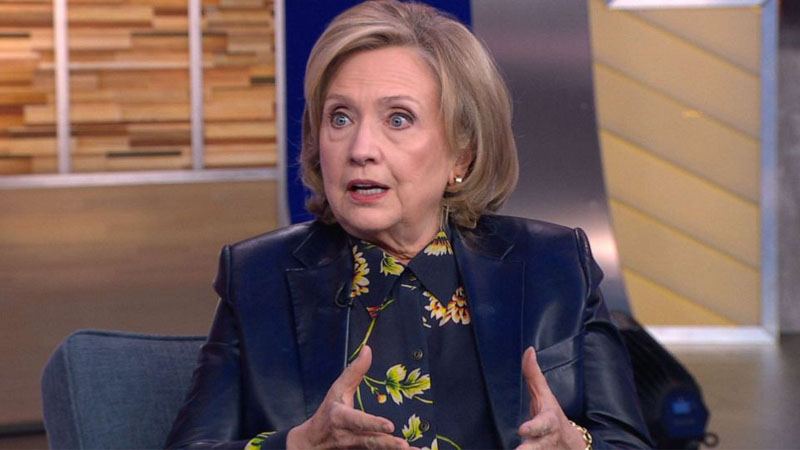 Democrats will reach an agreement in the Senate on President Joe Biden’s agenda, former Secretary of State and 2016 Democratic candidate Hillary Clinton said Monday on “The View,” but legislation such as the $3.5 trillion infrastructure bill is “overdue.”

“I think they will get a deal,” Clinton said. “They have to get into the details– so what would go into that bill that would fit into the amount of money that they’re willing to spend– and I actually think they’ll get a deal. But it’s going to be a roller coaster and it’s not going to be pleasant.”

Sens. Joe Manchin, D-W.Va., and Kyrsten Sinema, D-Ariz., are at odds with the rest of the Democratic caucus over passing Biden’s “Build Back Better Act,” a budget bill that would support a variety of social activities.

“The bill has so much support for families who have gone through such a terrible time and deserve to have support. And things that are way overdue, like paid family leave and support for quality child care– things that other countries that like us have been doing for years and we are way behind in catching up,” she said.

She also referred to certain Republican Party members as members of a cult, referring to the party’s support of the “Big Lie” that the election was stolen. She believes the country is experiencing a constitutional crisis.

“That gives me absolutely no satisfaction in saying this because I think we’re at a very dangerous, continuing high-level attack on the legitimacy of our government and the election of our president. Obviously, our former president is not only behind it, but he also incited it, he encouraged it and he continues to do so,” Clinton said in reference to the insurrection at the Capitol on Jan. 6.

Trump’s reaction to the audience was described in new reporting from ABC News’s Jonathan Karl’s book “Betrayal.” He brags about the size of the gathering and clashes with advisers who want him to call on his supporters to avoid rioting.

“We’re still in the midst of a concerted, well-funded effort to undermine American democracy,” Clinton added, referring to misinformation spread on Facebook and other social media platforms.

The former New York senator told “The View” co-hosts that she hopes Congress can work together to establish some sort of restriction regarding Facebook and children’s access to social media.

“I’m hoping that maybe this can be on a bipartisan basis that we can come up with appropriate regulations and changes that will rein in this overwhelming power a company like Facebook has, to really try to get the good that it has,” she added.

Last Tuesday, a Senate committee heard from a whistleblower who claims Facebook changed content it knew was damaging to underage users, just one day after the social media company experienced an unrelated huge outage. She claimed that Facebook officials showed blatant indifference when they heard that their platforms might harm foreign democracies and children’s mental health. Her allegations have been rejected by Facebook.