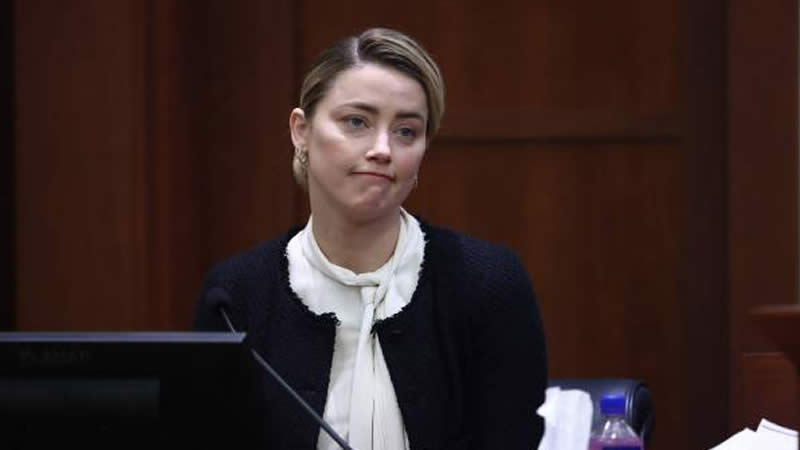 Amber Heard‘s legal difficulties continue to mount. While the actress, 36, is battling ex-husband Johnny Depp in court, it’s been revealed that a case he was involved in 2015 is still pending.

The mother of one had to appear in court a few years ago after smuggling her two dogs into Australia, which is illegal because the government requires all entering animals to be declared first and then quarantined for ten days.

When asked if she was bringing anything into the nation that needed to be declared when she arrived in Australia, she checked the “no” option.

The actress was charged with illegal importation at the time, which carries a possible 10-year prison sentence, but she ended up pleading guilty to a lesser charge of making a false declaration on her immigration card.

Her lawyer claimed the incident occurred due to a misunderstanding and Heard’s jet lag, claiming the actress believed her assistant had already completed the paperwork for the dogs.

As per OKmagazine, Heard’s lawyer described the scenario as a “tired, terrible mistake,” and Heard avoided conviction.

Depp, who accompanied then-wife Heard at the hearing, apologized as well and praised the country, saying, “If you disrespect Australian law, they will tell you firmly: Australia is a wonderful island with a treasure trove of unique plants, animals, and people.”

Though it appeared that the case had been closed, a spokesperson for Australia’s Department of Agriculture, Water and the Environment (DAWE) told Newsweek on Wednesday, May 11, that “allegations of perjury by Ms. Heard during court proceedings for the 2015 illegal importation of (her) two dogs into Australia” are still under investigation.

The perjury allegations originate from Depp’s libel case in 2020, where his estate manager Kevin Murphy alleged that the Pineapple Express alum knew what she was doing when she broke the law.

“I also explained to Ms. Heard several times the fact that trying to take the dogs into Australia without completing the mandatory process was illegal and could result in very harsh penalties including euthanizing the dogs,” he added.

The messy situation first reemerged this past October, when a DAWE rep told E! News, “The department is seeking to obtain witness statements, and once obtained, the Commonwealth Director of Public Prosecutions will consider whether the evidence is sufficient to warrant pursuance of the matter.”

Heard’s team issued a statement afterward, saying, “It is truly inconceivable, and we are confident it is not true, that either the Australian Government or the FBI, would embrace a policy of further pursuing and victimizing a person who has already been adjudicated to be the victim of domestic violence.”