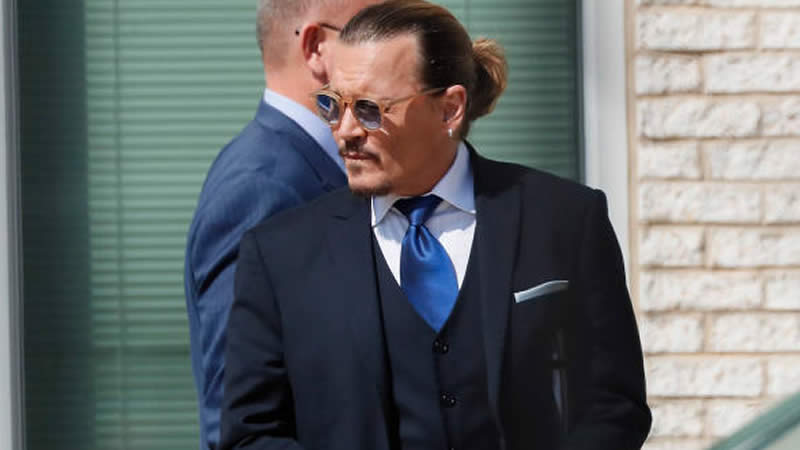 Amber Heard looked to flinch when Johnny Depp went toward her in court before a lunch break in their tense defamation trial.

In a now-viral video posted by a Law&Crime Network producer, the “Aquaman” actress stepped down from her second day on the stand at the same time as the “Pirates of the Caribbean” star was exiting the Virginia courtroom.

As per reports of News Week, Heard was looking down at first and didn’t seem to see that Depp had gotten out of his seat, but when she noticed him approaching only a few feet away, she seemed to flinch, her face spooked.

The “Adderall Diaries” star then backed into a corner as a guard stepped in between the exes and signaled the “Edward Scissorhands” actor not to get any closer.

Depp seems unconcerned by the near-collision, shrugging his shoulders and even letting out a chuckle.

Court deputies work with the stars’ security teams to vary the timing of the former couple’s entrances and exits, according to TMZ on Saturday.

In 2019, Depp, 58, sued Heard, 36, for defamation after she penned in a Washington Post op-ed saying she was a victim of sexual violence.

Heard did not name the “Sweeney Todd” star in the 2018 piece, but it was written after she secured a restraining order against him in 2016 for alleged abuse, which he denies.

A TikTok user mocked the moment by uploading the video with the caption, “Not her moving away from Johnny like she’s afraid” followed by the clown emoji.

The comments to this video are filled with scathing words aimed toward Heard.

“Even the officer looked like he rolled his eyes a bit and sighed,” noted stardustcaravel.

Meanwhile, lar.Diggity.dawg said: “Wow! Best scene of her show yet!” Another TikTok user laughed and wrote, “wow, she never did that all the first part of the trial, new role activated.”

The trial will be on hold until May 16, with closing arguments set for May 27.

Kim And Oprah Mingle With Hollywood’s Most Powerful Women