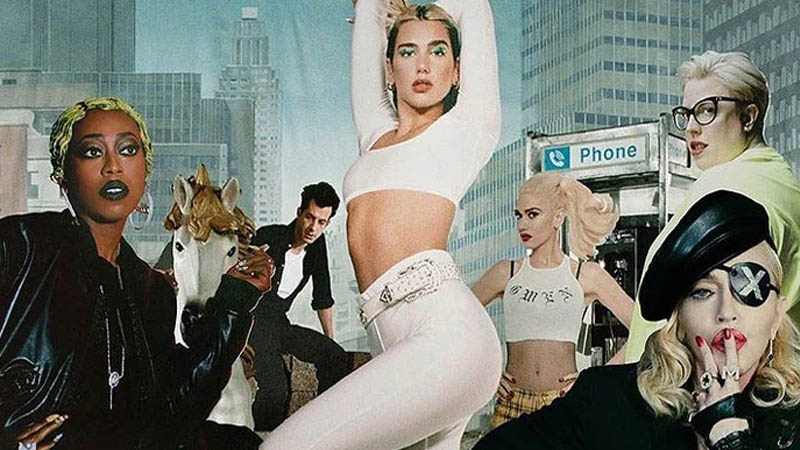 Dua Lipa is set to enthrall fans again with a special edition of her number-one album ‘Future Nostalgia’.

The pop star has announced that a remix of her 80s-inspired bop ‘Physical’ by Mark Ronson and Gwen Stefani is on the way. They will join previously announced stars Madonna and Missy Elliott .

Dua previously revealed that her idol Madonna and rap legend Missy Elliott were putting their spin on her track ‘Levitating’.

They’ll all appear on the collab-tastic, deluxe release Club Future Nostalgia: The Remix, out 21 August.

After sharing the news on Instagram, the ‘Hotter Than Hell’ singer teased there were still notable name drops to come.

“AND MANY MANY MORE SURPRISES!!!” she added.

Last month, Dua, 24, also whet appetites after hinting that a collection of B-side songs was waiting in the wings.

“Don’t worry I got that n then some coming your way,” she replied to a fan on Instagram. “Hold tight I’ve got enough to hold you all the way through till 2022.”

Dua’s sophomore album reached the top of the UK charts earlier this year and has already had over two billion streams worldwide.