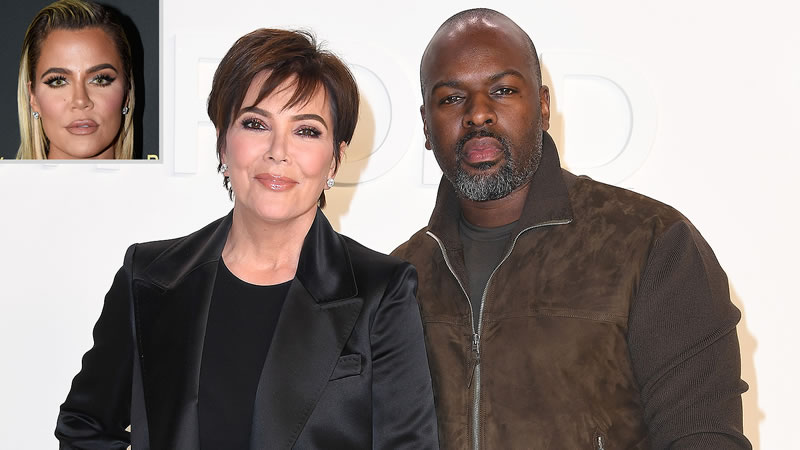 Khloé Kardashian isn’t about to let her mom get played.

On Thursday’s episode of Keeping Up with the Kardashians, Kardashian becomes suspicious of her mom Kris Jenner‘s boyfriend after he is spotted with another woman.

“Someone just saw Corey Gamble at the [Regent Beverly Wilshire Hotel] with a redhead,” Kardashian’s friend Malika Haqq tells her after getting a phone call from a friend. “They rode the elevator together to the 14th floor.”

Kardashian, 35, springs to action and decides she has no choice but to go to the hotel to confront Gamble.

While they are determined to find out the truth, Kardashian and Haqq admit they never expected Gamble to cheat on Jenner.

“I think what’s shocking for me, I look at Corey and Kris and I’m like, they’re in a great spot,” Haqq says. “I feel like your mom is so happy now.”

Jenner, 64, and Gamble, 39, began dating in the fall of 2014 — just one year after Kris and then-husband Caitlyn Jenner announced their split after more than 20 years of marriage.

“If this is true I’ll obviously slice off Corey’s little ding-a-ling,” Kardashian says in a confessional. “And of course, I would be really sad for my mom, but I think everyone should know what’s happening sooner than later.”

When they get to the hotel, they head straight to Gamble’s room — clearly catching him off-guard.

“We had a meeting down here we wanted to say hi,” Kardashian says as she tries to push past Gamble into the room.

“This ain’t the time,” says Gamble, reluctantly letting them in. “Ya’ll don’t want to be filming.”

It doesn’t take long for Kardashian to spot the mystery woman, who immediately takes off running. The reality star chases after her, only discover that the truth might worse than she imagined.

Jenner reveals herself wearing a red wig and lingerie.

“What are you doing here?” she asks.

“What are you wearing?” Kardashian replies in shock. “I actually am so grossed out. I don’t want to know what you’re doing. Ew!”