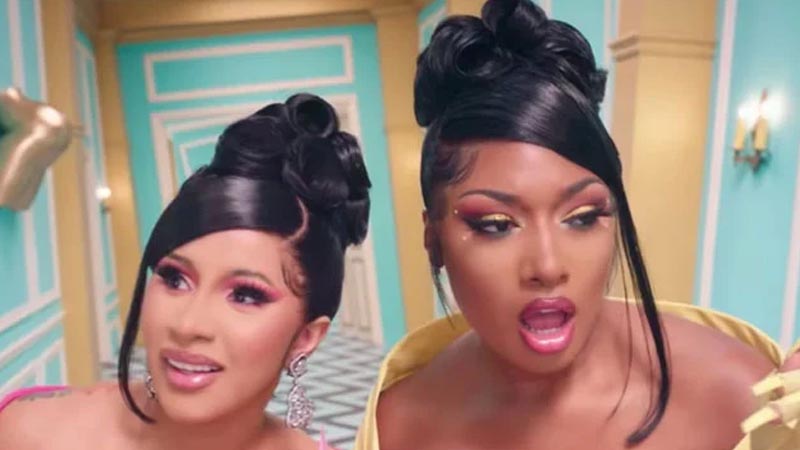 Cardi B’s music collaboration with Megan Thee Stallion topped music charts soon after its release. However, the rapper recently revealed she felt increasingly ‘nervous’ at the thought of working with Megan because critics constantly try to ‘pit’ rappers against each other for no reason.

During a video interview for the streaming service Tidal, Cardi candidly revealed her fears surrounding the collaboration and claimed that despite the energetic and extroverted energy she flaunts, she is a shy girl at heart.

Her conversation with Tidal’s Elliott Wilson was one of elated excitement. Megan claims that although she was excited over the opportunity, her shyness made it increasingly difficult for her to work with Megan. She began by saying, “A lot of collabs that I haven’t made yet — it’s really because of my shyness.”

Their first encounter occurred through their wardrobe stylists and their very first conversation revolved around jokes. Cardi explained, “We started having girly conversations — just funny stuff” however it was only “A couple of days later” that they started “sending tracks to each other.”

The music industry has never gone easy on rappers and the biggest reason behind that is because critics constantly try to sabotage professional relationships by ‘pitting’ rappers against each other.

The way minds work for these critics is that “If you don’t like a female rapper’s pictures enough, they will claim that y’all don’t get along.”

Barack Obama Gossip Claims Michelle Supposedly Has Had Enough Of Him Not Listening To Her, ‘At The End Of Her Rope’