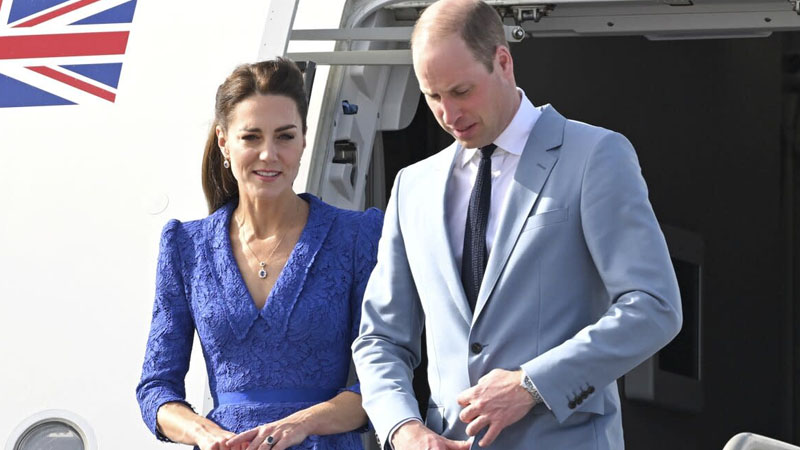 Prince William and Kate Middleton began a tour of Central America and the Caribbean on Saturday at the request of Queen Elizabeth herself, according to the Associated Press.  But so far, things haven’t gone according to plan.

At a time when some are considering removing lingering connections to a bitter colonialist past, the cross-ocean charm offensive was designed to strengthen the United Kingdom’s ties with its Commonwealth states in the region.

(In November of last year, Barbados completed its shift into a republic.) The New York Times reported that “between 1627 and 1807, British ships carried thousands of Africans to the island, where they were put to work [on] vast sugar plantations in brutal conditions.”)

The Duke and Duchess of Cambridge were scheduled to visit Belize, Jamaica, and the Bahamas. But pushback came on their trip to Belize, where the pair was slated to visit the Akte ’il Ha cacao farm near the village of Indian Creek, a farm “owned and operated by the Moquin family, who are descendants of the ancient Mayas who once cultivated cacao in the region,” according to the travel website Belize Unknown.

But a protest on Friday caused a last-minute change in the royal itinerary, according to local reports cited by the Associated Press. The Duke and Duchess of Cambridge were supposed to land on a nearby football field in a helicopter. Local residents, however, who claim they were not consulted about the usage of their field, are at war with Flora and Fauna International (FFI), a conservation organization whose patron is Prince William. According to the Daily Mail, the organization claims ownership of a disputed property.

FFI has purchased the Boden Creek area in the hopes of deterring poachers and illegal logging, as well as preventing “Big Agriculture” from planting a banana plantation that would harm the area’s jaguars, tapirs, and spider monkeys. Boden Creek was a privately managed ecotourism reserve from 1998 to 2012, however, it has now been “partially abandoned.”

Residents of the village, however, argue that the territory belongs to their communal lands, and no one should have private ownership. “We don’t want them to land on our land, that’s the message that we want to send. They could land anywhere but not on our land,” said Sebastian Shol, chairman of Indian Creek village, according to the Daily Mail.

Dionisio Shol, a village youth leader, added, “for us, it really hits right at home because of the treatment. The organizer said we had to let them use the football field and that people were coming to our village and it had to look good.” He added, “these are high-profile people, we respect them, but they also have to be giving respect to the community leaders. Giving community leaders commands did not sit well with the community.”

A sign at the protest read “Colonial Legacy of THEFT Continues With Prince & FFI.” A Kensington Palace spokesperson said that “due to sensitive issues involving the community in Indian Creek, the visit has been moved to a different location.”

Where the Duke and Duchess will end up for their Belizean visit on Sunday has not yet been revealed. When they hit Jamaica, the official word is they will “celebrate the legacy of Bob Marley and island’s rich musical and sporting heritage.” When they get to the Bahamas, “they’ll compete in a sailing regatta in honor of the queen’s Platinum Jubilee.”

Cop kneels on a US student’s neck sparks anger