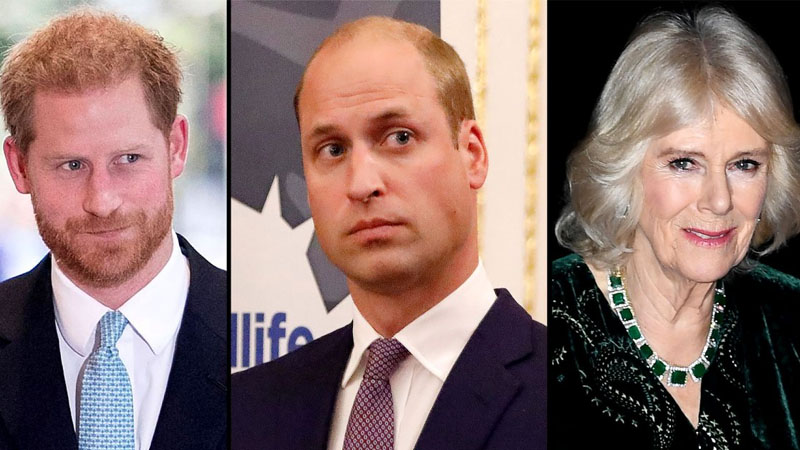 Not everyone is on board. Following the royal family’s many ups and downs, author Christopher Andersen addressed new issues that may be generating a rift between Prince Harry and Prince William and other family members.

“It’s just whether or not they can get over this bad feeling. Then, of course, Queen Elizabeth II‘s health and these other considerations are there. I don’t think it helped with the queen announcing that Duchess Camilla will be Queen Consort and that’s another issue,” Andersen exclusively told Us Weekly on Tuesday, February 22, while promoting his book Brothers and Wives: Inside the Private Lives of William, Kate, Harry, and Meghan.

“I can tell you right now that the boys were completely blindsided by this,” the royal author said, adding that the choice is “driving a wedge” in the royal family.

The monarch, 95, expressed her desire for Camilla, 74, to be given the title Queen Consort when Prince Charles takes the throne earlier this month.

“When, in the fullness of time, my son Charles becomes King, I know you will give him and his wife Camilla the same support that you have given me,” she said in the February 5 statement. “And it is my sincere wish that, when that time comes, Camilla will be known as Queen Consort as she continues her own loyal service.”

As per Us magazine, the queen’s son, 73, was “relentlessly” pushing for his wife to gain the title, according to Andersen.

“Charles just wore her down on this too. I also think that since the death of Prince Philip, Charles has stepped up his effort to make it clear to the queen that he too needs [a partner],” he claimed, referring to Philip’s April 2021 passing. “If he’s going to reign, he’s going to need the support, the kind of support that she got from [her husband].”

In response to the queen’s decision, Charles and Camilla issued a statement of their own.

“On this historic day, my wife and I join you all in congratulating Her Majesty The Queen on the remarkable achievement of serving this nation, the Realms and Commonwealth for seventy years,” they wrote at the time. “The Queen’s devotion to the welfare of all her people inspires still greater admiration with each passing year. We are deeply conscious of the honor represented by my mother’s wish. As we have sought together to serve and support Her Majesty and the people of our communities, my darling wife has been my own steadfast support throughout.”

The couple, who married in 2005, has had its fair share of public image troubles. Before they welcomed William and Harry, the Prince of Wales married the late Princess Diana in 1981. They split up in 1992 when allegations of marital problems surfaced, and their relationship ended four years later.

Diana died at age 36 in a car accident in 1997, one year after her divorce from Charles. Seven years after Diana’s tragic death, Charles and Camilla revealed their plans to marry. During Charles’ marriage to Diana and Camilla’s connection with her husband, Andrew Parker Bowles, there were rumors that the couple had extramarital affairs.

“She was begrudgingly letting him do this and one of the key elements was he promised Camilla would never be called Queen Consort,” Andersen claimed, adding that the queen was “miserable” at Charles’ second marriage ceremony.

A source told Us that the Duke of Cornwall was thrilled that his mother “has given her seal of approval” to his relationship shortly after the queen made her new wish known.

“Elizabeth II was skeptical about Camilla when she married Charles and the circumstances were certainly challenging, but through her dedication and loyalty to The Firm, she has more than proved to her that she has what it takes,” the insider added. “Camilla has definitely grown on Elizabeth II, more so than ever during the pandemic. She really upped her game and willingly took a hands-on approach with additional duties.”