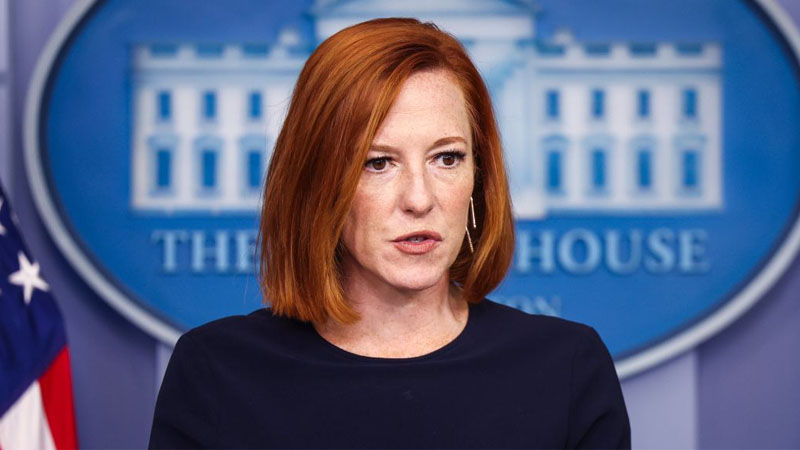 During Monday’s briefing, White House press secretary Jen Psaki dodged a question about the authenticity of Hunter Biden’s laptop, which he had previously dismissed as Russian disinformation.

A reporter posed a two-point question to Psaki about President Joe Biden’s son, and the top White House spokeswoman refused to discuss the controversial laptop.

In response to the reporter’s question about the authenticity of Hunter Biden’s laptop, Psaki stated that she has “neither the time nor interest in exploring or reading” a book on the subject.

The laptop contained emails discussing business deals with China and Ukraine, raising concerns about Hunter Biden’s use of his father’s name in international trouble spots.

Psaki joined a number of Biden associates in denouncing the emails as a Russian disinformation campaign, similar to how Hillary Clinton’s emails were distributed during the 2016 campaign. Social media platforms and some news outlets responded by censoring the coverage of the emails. Hunter Biden’s business activities in Ukraine were also prominently featured in former President Donald Trump’s first impeachment.

Since then, the younger Biden has been the subject of a Justice Department investigation. During the campaign last year, Psaki retweeted articles describing the emails as Russian disinformation.

In September, after additional reporting on Hunter Biden’s laptop, Psaki appeared to stick to this line as White House press secretary. “I think it’s broadly known and widely known that there was a broad range of Russian disinformation back in 2020,” she said in response to a question on the subject.

At Monday’s press briefing, Psaki was asked again whether the Hunter Biden laptop was Russian disinformation by New York Post reporter Steven Nelson, who referenced colleague Miranda Devine’s book about the controversy, The Laptop from Hell: Hunter Biden, Big Tech, and the Dirty Secrets the President Tried to Hide. During the campaign between Biden and Trump, the New York Post reported on the contents of the laptop.

Psaki brushed off the question and the book. She aimed a query about Hunter Biden’s business dealings to his representatives, claiming that he did not work for the federal government.