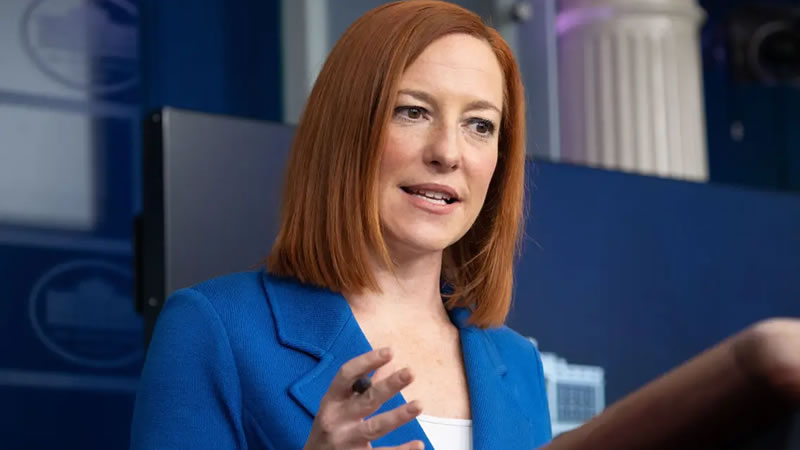 Jen Psaki, the White House Press Secretary, has been out of the public spotlight since revealing that she had Covid-19 despite being fully vaccinated. Karine Jean-Pierre, the Deputy Press Secretary, took over her role this week, and she may be the least credible person on the planet.

Psaki revealed on October 31 that she had a “breakthrough case” of Covid-19, which she described as an “abundance of transparency.”

“Psaki, who is fully vaccinated, said she has experienced only mild symptoms,” NPR reported. “In a statement, she said she had not had contact with senior White House officials since Wednesday — four days before she tested positive — and last saw Biden on Tuesday, when they were wearing masks and were more than six feet apart from each other, outdoors.”

“The White House had announced early on Thursday morning that Psaki would not be traveling with Biden to the G-20 summit in Rome due to a family emergency,” she said. “That emergency, she said on Sunday, was that members of her household had tested positive for COVID-19.”

“Since then, I have quarantined and tested negative (via PCR) for COVID on Wednesday, Thursday, Friday, and Saturday. However, today, I tested positive for COVID,” Psaki said.

Jen Psaki’s most recent press conference was on October 27.

Colin Powell, the former Secretary of State of the United States, was reported to have died from “complications of Covid” despite being “fully vaccinated.” Powell’s death prompted an increase in searches for novel infections.

Jen Psaki’s disappearance since the announcement of her ‘breakthrough infection’ coincides with another mysterious disappearance from public view: California Governor Gavin Newsom.

Gavin Newsom hasn’t been seen in public in eleven days, as previously reported, after receiving a ‘mix-and-match booster shot. Newsom also stated his decision to cancel his trip to Rome as a result of a sudden family emergency.

In a poll conducted by Billboard, Mariah Carey’s song “Fall In Love At Christmas” was voted the most popular