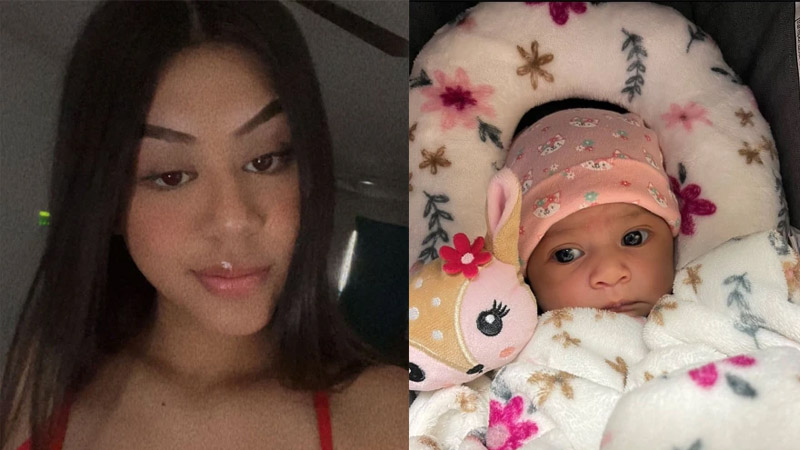 Authorities in California think a woman was motivated by “jealousy and sibling rivalry” when she allegedly murdered her sister and 3-week-old niece while they slept.

According to police, a jealous California woman and her gangster boyfriend fatally shot the woman’s teenage sister and newborn niece.

Fresno Police Chief Paco Balderrama announced the arrests of Yarelly Solorio-Rivera, 22, and her “validated gang member” boyfriend Martin Arroyo-Morales, 26, on Thursday in connection with the alleged slayings of Yanelly Solorio-Rivera, 18, and her newborn, Celine Solorio-Rivera. Both suspects face two counts of premeditated murder.

On September 24, police responded to a shooting at a home in Fresno, California. Fresno Police Chief Paco Balderrama stated at a press conference that the young mother was killed while sleeping in her bed, still holding her infant daughter, who was also killed, on the morning of the carnage.

Responding officers discovered Yanelly “shot to death in her own bed while holding her innocent little daughter,” according to Balderrama. The mother and child were both pronounced dead at the scene.

“The lies, deception, and evil intentions surrounding this case began to unravel,” according to Balderrama, and both Yarelly and Arroyo-Morales confessed to the alleged murders during police questioning. ‘The scene was traumatic for all officers, detectives, EMS personnel, and crime scene technicians who responded to the scene, ‘Chief Balderrama said.

In addition, the pair allegedly led authorities to the murder weapon, a 9mm handgun. Yearly and Arroyo-Morales have been released on bail of $2 million each. The pair’s lawyer information was unavailable Friday, and it was unclear whether they had entered a plea to the charges.

If convicted, both face life in prison without the possibility of parole or the death penalty, according to Fresno County District Attorney Lisa Smittcamp. The two are scheduled to appear in court early next week.

Pelosi says ‘horrible’ GOP reaction to husband’s attack may have turned off some voters: “It wasn’t just the attack”