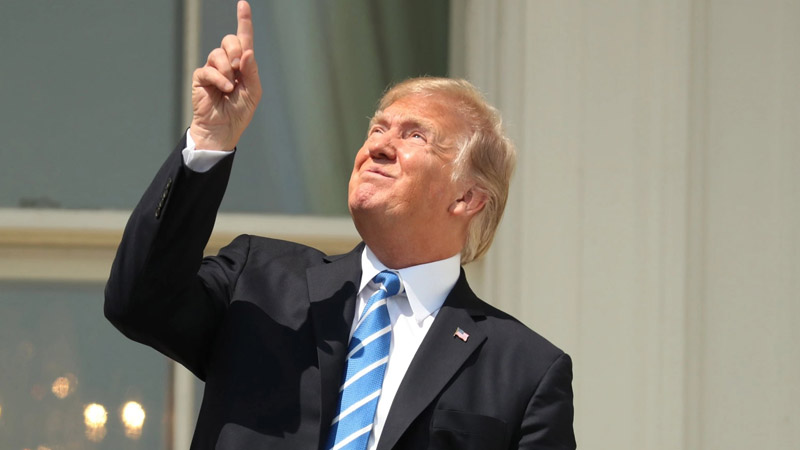 Former President Donald Trump lashed out at a New York magazine article that depicted a negative picture of his post-presidential life, launching a deeply personal attack on the writer.

Trump attacked New York reporter Olivia Nuzzi in a post on his Truth Social platform late Monday, going so far as to criticize her looks, Intellect, and mental health.

“I agreed to do a short telephone interview for a once very good, but now on its “last legs” and failing New York Magazine,” Trump wrote.

“The reporter was a shaky & unattractive wack job, known as “tough” but dumb as a rock, who actually wrote a decent story about me a long time ago. Her name, Olivia Nuzzi. Anyway, the story was Fake News, her “anonymous sources” don’t exist (true with many writers), and I’m happily fighting hard for our GREAT USA!”

Nuzzi appeared to respond to Trump’s comments by tweeting the now-famous picture of Trump staring directly at the sun during a solar eclipse in 2017.

Following Trump’s statement that he will run for president in 2024, Nuzzi’s story took a critical look at Trump’s day-to-day life at Mar-a-Lago. The piece quotes one unnamed Trump adviser saying, “He just goes, plays golf, comes back, and fucks off. He has retreated to the golf course and to Mar-a-Lago … His world has gotten much smaller. His world is so, so small.”

The piece mentions that Sunset Boulevard is one of Trump’s favorite movies, and it compares Trump’s downfall to that of the movie’s antagonist, Norma Desmond.