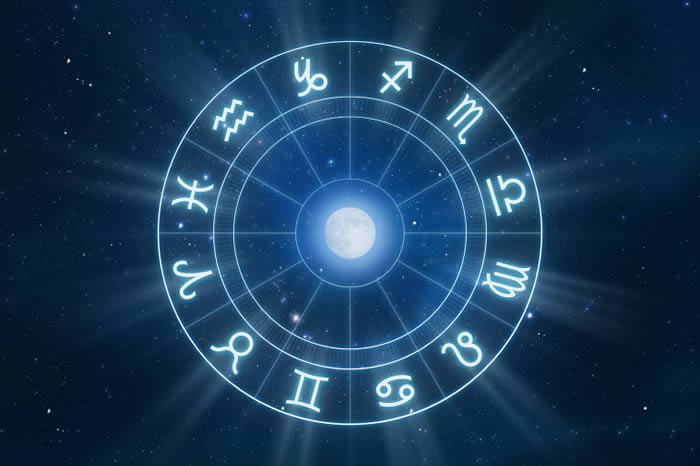 Close to Tuesday 5th January, both your friendships and your groups make a discussion or paper trail necessary, but as this particular episode will go backwards and forwards, have alternatives up your sleeve by February. This applies to Formula One racing teams or political parties, Aries. You are also in an unusual place with your career, unpaid work or university degree. Quite clearly, change is here. In fact, the New Moon near Sunday 10th January suggests a whole new chapter. The only issue is the unreliable or stuck nature of the plans, people or paperwork, so have Plan B for that as well. January and February will see a lot of delays or reversals, for all kinds of reasons.

Your job, unpaid work or university degree is at the heart of ongoing discussions which basically translate as ‘Mine, yours, ours’ as there is a huge need to share, compromise or divide. This is all very well, but one situation will either stall or hit delays, so don’t assume that what happens now is final. It may not be until February that the situation is put to bed. We also have a lot of activity in the sign of Capricorn, which rules your travel, publishing, internet, foreign or religious agenda. Under normal circumstances, this would be the mother of all new beginnings, but you will be put on a long and winding road for quite some weeks. Bear that in mind. And don’t travel uninsured, obviously.

Ceres in Aquarius has been in charge of your travel plans, foreign affairs, academic or educational choices, publishing priorities or internet agenda for months. This means you’ve been dealing with the need for compromise, to put it politely. By now, if life was normal, a brand new set-up would be in place. Instead, your ruler Mercury is Retrograde, so what we have here is a wobbly-jelly situation. Don’t travel uninsured either as the risk of extreme weather or other weirdness is higher on this cycle. By February it’s all in place, but until then, remember sometimes life actually is a dress rehearsal. The other story now is financial, or relates to your business, possessions or home. Make allowances for delays, standstills or even reversals. Factor that in.

The New Moon on Sunday 10th January would normally mean a new beginning for (or with) your partner. This applies to former and potential partners too. Even enemies! Instead, Cancer, this New Moon is rather misleading, as what appears to be a fresh chapter is actually a book being written backwards. Over the next few weeks, you two will go backwards and forwards, so make allowances for that. If you’re joining a dating website or app, be prepared for communication issues. The money, business, house, possessions, charity or apartment is also at the heart of questions about dividing and compromising. Normally this would run smoothly, but do factor in an odd situation which will not be resolved fully until February. Read the fine print about delays, changes.

Your ruler the Sun is one half of the New Moon on Sunday and normally, this would mean a clear fresh start with your body, or your working life. Instead we have waiting games or u-turns ahead by February, and you do need to factor that in. Read the terms and conditions on gym membership (for example). Be a realist about work, unpaid work or university life. At this time of year, nothing is really on schedule anyway. This year, you need to be even more flexible. The hovering question mark with your former, current or potential partner will not be answered until Saint Valentine’s Day. Until then be kind to yourself and make allowances for one conversation, e-mail chain or paper trail to pause. The real discussion happens after February 14th.

The New Moon on Sunday 10th January falls in your zone of parenthood, children, teenagers and serious sexual relationships (the kind which could make you a mother or aunt one day). This new beginning is not all it appears, though, as it will take weeks for the agreement to become final, or the arrangement to fall into place. Make allowances for that when you are planning your diary, especially if your children’s new school year is involved, or a relationship which started with a kiss on New Year’s Eve. You will know where you stand in February in all cases. What else matters now? Your ruling planet Mercury is also retrograde, which means anything from extreme weather to holidays will create waiting games or reversals with your work, unpaid work or university degree. Hang in there – this is a work in slow progress. This also applies to your body. This time of year is chaotic anyway, but factor in the potential for delays or changes with your plans for particular diets, doctors, drugs, gyms and so on.

Nothing will be firm, fixed and final with your family or household for some weeks, Libra. Alternatively, it is your house or apartment which will be at the heart of changes or reversals which were not in your plans. The New Moon on Sunday 10th January would normally mean a straightforward new beginning, yet all kinds of x factors will hold you up or alter your ideas by February, so keep a flexible diary. This week is also important for your children, young relatives, godchildren – or a youth project. A serious sexual relationship (the kind which may bring children into your life one day) could also be the issue. Give yourself until February for the situation to firm up. Don’t assume anything is in the bag at the moment, as what you hear or read within weeks, could mean you have to alter course. A wait-and-see policy is very useful.

Scorpio, even though this new episode with the internet, multimedia, publishing, computers or languages feels like a fresh start, it may take some time to settle down. Mercury, the planet of communication, information and transportation is Retrograde. Treat the project or plan as a dress rehearsal and allow some weeks for everything to be firmly in place. One of the issues may be your laptop or telephone, as technical glitches are common on this cycle. Eventually this will all work out and you will be in a far more powerful position than you were in 2015. The other major story now concerns your house, family, apartment, household, home town or country. You must be wondering when a new arrangement would be in place. It will take you until February to have the last details organised, as one story is very much a moveable feast. Read the fine print if you are buying or selling property right now.

When is a new beginning, not a new beginning? When Mercury is Retrograde! Please allow time to pass before you can go full speed ahead with your finances, property interests, business, charity, possessions or charity. The conversation, news, e-mail or paperwork may feel like a fresh start, but the reality is that January will bring delays, changes and even the chance of a complete reversal. You will know where you actually stand by February. Read the fine print, especially if you are changing banks or purchasing smart phones or computers in the January sales. We are in a classic cycle for product recall or returned items now. What else is going on? You need to treat a project or plan as a work in progress. It hinges on your use of the internet, multimedia, publishing, foreign languages or face-to-face communication. Normally it would be in the bag this week, but you’re going to see delays or changes with this too. Factor it all in, Sagittarius.

At this time of year, Capricorn, you tend to make New Year Resolutions about your body, image, wardrobe and so on. This is perfectly natural, as you have a New Moon in your sign on Sunday 10th January, which would normally mean ‘New Year, New Me.’ This year it’s rather different as the situation will hit delays, changes and even standstills this month, and it may not be until February that you can actually call things final. Another example might be acquiring a particular role, title or qualification – nothing is entirely in the bag yet. You will ultimately be in a stronger position, in terms of the way you look – and the way you are seen. Until then, factor in the x-factors! You must also prepare for an unusual situation with money, shopping, business, selling, property or charity. Very close to Saturday 2nd January you may find yourself talking, planning or plotting – yet within weeks, you will find the matter either vanishes or hits substantial changes or delays. Please read the fine print and keep all documentation. Get it all in writing.

There is a lot of planetary activity in the most mysterious zone of your horoscope now. This is where you operate below the surface, quite unseen. It follows that January may find you keeping secrets, covering things up, operating behind the scenes or even delving into your own inner self. Normally all this would proceed quite smoothly, but as Mercury is Retrograde, the process looks stop-start in January. In fact, it may not be until February that you know where you stand with any certainty. We also have Mercury in Aquarius, your own sign, in his shadow phase near Saturday 2nd January. Your Me Agenda is really important now, as your face, body, title, name or role is under discussion. You obviously want answers to all your questions but please be aware that it may not be until February that everything is final. Along the way, be aware of room for changes, no matter if you are printing new business cards or organising weight loss for a new year.

If life was normal, Pisces, you would be off to a flying start with your social life, old friends, new friends and group commitments. Instead, you are better off treating January as a dress rehearsal and February as the final act. It’s a good time for first and second drafts or rough outlines, no matter if you are going away on holiday in a group, or attending to more serious issues about a team, club or society. Allow plenty of time and space for things to be delayed or even reverse completely, as it may not be until February that you know where things stand, for good. Mercury is also Retrograde one sign behind you, in Aquarius. There is a secret matter, a role behind the scenes or a more mysterious issue to nurse at the moment. Under normal circumstances, again, this would be straightforward and completed within three weeks. Instead, the whole thing seems likely to take you on a long and winding road until February so make allowances for that now.