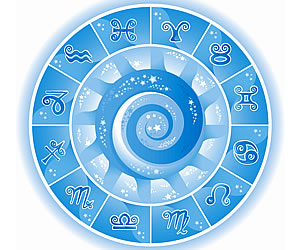 While an extreme professional focus in the early days of the week might seem that it will go on forever, in reality it’s about to wane and sooner than you realise, with a need to catch the wave while you can. The urgency and intensity is coming from the fact that Mars is already in his final days in your work sector and due to leave on Wednesday, wrapping up his longest visit in 47 years, he needs to know that you’ve used every ounce of influence before he leaves. This is giving you the drive and the passion to put everything you have into one last push to get things over the line. A Full Moon in your career sector on Wednesday, just as Mars leaves your work sector, will give that final push, bringing things on the professional front to a head or to a tipping or turning point.

As you move into the new week there is a false sense of calm and patience, for while Saturn turned direct in your work sector last Monday and Venus is spending her first full week in direct motion in your income sector, both are still fairly slow and will take a while to move back into full speed. Enjoy this fairly slow pace while you can for it’s not going to last, with Mars’ return to your work sector on Wednesday a real game changer. Mars will return just 9 days after Saturn turns direct and with the handbrake released and nothing from the past holding you back, he’s able to put rocket fuel into Saturn’s slow recovery, turning things around. While Mars is only here for 7 weeks, you can expect a massive acceleration of forces that until now have been building slowly and conservatively.

While professional forces and found their own stride and the work/life balance issues of the past are behind you, you’ve had the threat of their return hanging over your head. Mars’ departure from your home and family sector on Wednesday, moving into a more creative part of your chart, will take away any professional pressure you’ve been under and it’s a sudden sense of relief that may even be your first indicator of how much tension you were actually under. By the time the Moon returns to your career sector on Saturday the outside conditions effecting your professional situation will have changed, allowing you to get your first real glimpse of where things actually stand. Take time out over the weekend to listen to your professional instincts and to engage your imagination.

You begin the week with the Moon in your work sector, allowing you to move into Mercury’s first full week in your income sector with your finger on the pulse and your ear to the ground. With pressure on Uranus and your career sector easing and Mercury making contact with forces on both the work and career fronts during the week, this gives you a chance to put your income, work and career objectives on the same page. While there may be both work and career tension at the start of the week, it’s the Moon’s position in your work sector in the early days of the week that allows you to get behind what’s pushing your buttons and why. This gives you a chance to look realistically at your expectations and if you’ve been working long hours, where you can start dialling this back.

This is the week that Pluto, in retrograde motion in your work sector, gets his own back. Since early last month Pluto has been under pressure and while this peaked last month and is already easing, it has been creating work pressure and tension, which is bound to have created doubts and impacted your confidence. Pluto is not a planet that likes being told what to do and where forces on the work front have been suppressed or held back because of this, they get their own back this week. It begins with the Moon’s return to your work sector on Tuesday but comes to a head during Wednesday’s Full Moon. Because there has been work pressure chances are things are already at a tipping point, with Full Moon vibes enough to push things one way or the other. This marks the start of your comeback.

Despite the fact that there might be some work/life balance pressure at the start of the week, this is your last real test and with Venus spending her first full week in direct motion in your career sector the tide has already turned. With any work/life balance pressure peaking on Tuesday and then falling off after that, this is the last hurdle and the last chance to gain the right balance before your professional star really starts to rise. With Venus not leaving your career sector until August and Jupiter not until June 2013, you’re still in the early days of a powerful new professional era. By the time the Moon returns to your work sector on Thursday any tension will be easing and as his first visit since Jupiter returned will give you access to some valuable clues.

After Mercury’s departure from your career sector last week the Sun is now on his own, with plenty of time to explore your options. The Sun has been under pressure and will come under pressure again this week, which is likely to be causing some work/life balance issues, but with this comes a chance to resolve them. While things are likely to come to a head during Wednesday’s Full Moon, which will put direct pressure on the Sun and your career sector, you’ll find that things not only ease back on the career front after that, but that any work pressure begins to ease back as well. Work pressure is likely to have been so subtle that it’s only after it eases back and you start to breathe a sigh of relief that you’ll fully appreciate the impact it’s had. Things get a lot easier from midweek.

Mercury’s first full week in your career sector is already starting to have an impact, forming a bond with forces on both the work and career fronts. Normally here for just 2 weeks this should also be Mercury’s last full week in your career sector, with a sense of urgency forcing you to make choices, decisions and plans, where you feel ready to make them or not. But there is none of that urgency, for at the same time that Uranus is slowing down, ahead of his retrograde turn in your work sector next week, Mercury is doing the same on the career front. By the end of next week the only two planets active in either of your professional houses will both be in retrograde motion, with the door to the past and second chances wide open. This takes away any urgency or need to push or hurry things.

Since Jupiter left your career sector Mars has been the only planet active in either of your professional houses, with a lot riding on his passions, drives and fighting spirit. Normally here for just 6 weeks, Mars’ return last November is creating his longest visit in 47 years, but even this must eventually come to an end. With Mars leaving your career sector on Wednesday, as you move into the new week you’re moving into his final and most urgent days, where in the 11th Hour he’s encouraging you to put everything you have into everything you do, leaving no room for regrets or for ‘what ifs’. Yet with the Sun returning to your career sector next month, this is more about getting as many options on the table and balls in the air as possible. From Wednesday you can dial things back.

Last week saw Saturn turn direct in your career sector and Venus in your work sector, but with Saturn not leaving your career sector until October and Venus not leaving your work sector until August and Jupiter not until June 2013, there should be little urgency and plenty of time to slowly get things back up to speed. The main thing now is that the tide has turned and any handbrakes holding you back have been released. Yet if you’re expecting a quiet professional week that’s not what you’ll get, for while there’s likely to be some work pressure in the early days of the week, keeping you on your toes, Mars’ return to your career sector on Wednesday is the real game changer. That’s when your professional passions and fighting spirit will really kick in and the pace will increase.

The Moon only left your career sector on Sunday, allowing you to move into the new week with your professional instincts sharp, your finger on the pulse and your ear to the ground. You’re going to need that, for not only does this counteract the Sun’s reality checks on the work front, it will help you to make sense of any pressure that comes to a head during Wednesday’s Full Moon. This is a Full Moon that will always challenge the Sun at some point during his month long visit to your work sector, at this time each year. With the Moon in an intuitive and reflective part of your chart this will challenge old beliefs and assumptions, as well as testing that you’re not over thinking or over working yourself. This Full Moon asks you to stop and listen to your instincts and inner voice.

Having the Moon in your career sector as you move into a new week is always an advantage, ensuring that your professional instincts are sharp and that you have your finger on the pulse and your ear to the ground from Day 1. This gives you an edge in the very week that you need it most, allowing you to untangle a cocktail of forces and get an intuitive read on conflicting forces. For while this is Mercury’s first full week in your work sector, giving you the intellectual savvy to work smarter and to think on your feet, there is also likely to be some work/life balance issues and some professional pressure in the early days of the week, with forces on the home and career fronts in conflict. Your professional instincts allow you to look behind what’s pushing any buttons and why. – Freepsychicnetwork

Business Horoscope May 15 to May 21