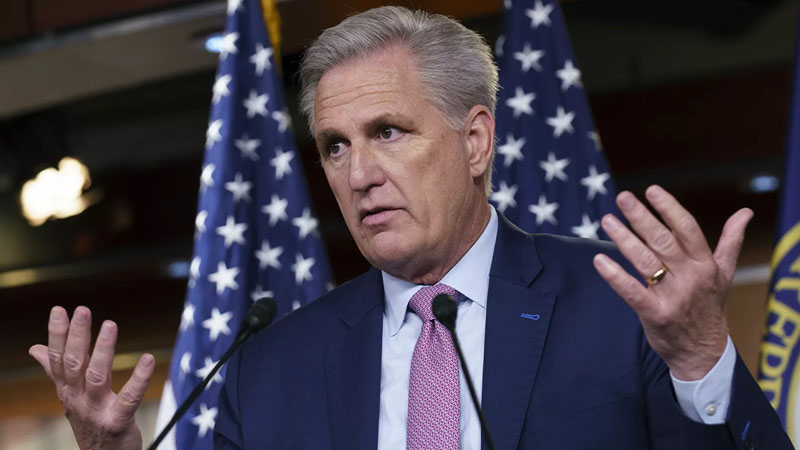 Our long national nightmare has only just started. The House GOP caucus succeeded to elect Kevin McCarthy speaker of the House on the 15th ballot after a week of pointless posturing and trench warfare on the House floor.

McCarthy was headed for additional purgatorial humiliation in the early hours of January 7, following the second anniversary of the 2021 insurrection at the US Capitol, as the 14th vote defied expectations and failed to create a majority for him.

But, just as the House was about to adjourn, Florida Representative Matt Gaetz, a hard-right spearhead of the “Never Kevin” insurgency, cornered the speaker-in-waiting for an emergency conference. McCarthy quickly retracted his support for the upcoming adjournment, and finally claimed his battered, tarnished, dubiously functional leadership prize.

The scene recalled the twilight drama of two previous January 7s when the House validated the electoral count vote in favor of President-elect Joe Biden around 3:30 AM after a violent crowd entered the Capitol on a mission to overturn America’s fragile vestiges of democratic sovereignty.

One reason such comparisons emerged was that the chief planners of the anti-McCarthy putsch were embroiled in January 6 intrigue. According to the recently released report of the House’s select committee on January 6, Freedom Caucus chairman Scott Perry, a Republican from Pennsylvania, was closely involved in the doomed and deranged try to strong-arm legislatures in swing states into disowning their certified election tabulations.

According to Grid, the groundwork for the anti-McCarthy revolt was laid at the Conservative Partnership Institute, where former Trump chief of staff Mark Meadows oversaw a plan to elevate the hard-right Freedom Caucus in the new Congress by reshaping it into a “European-style coalition government,” in which the influential hard-right faction orchestrates rule-making and committee assignments to establish itself as a virtual equal partner.

Members of the Never Kevin insurgency reaped the benefits of the plan. McCarthy gave them almost every concession they asked for, from seats on the crucial House Rules Committee to prominent positions on a number of other committees and subcommittees. Gaetz boasted to the press at the end of the four-day standoff that he’d run out of things to ask for.

“We still don’t know everything McCarthy agreed to at the 11th hour,” says longtime congressional scholar Norman Ornstein, an emeritus fellow at the American Enterprise Institute. “But the more we find out about what he gave up, the more alarmed we all should be. Just to begin with, there’s the news that they changed the rules in this committee to investigate every government committee, which will almost certainly be dominated by aiders and abettors of a violent insurrection. Those members will now have secret documents and sensitive intelligence available to them.”

As for the rules positions, Ornstein says that “by putting Freedom Caucus members on the rules committee, we’re looking at mayhem…. The fact is, thanks to the narrow margins in the House, the Republicans can’t do legislation on their own, But they can bring about a government shutdown and bring us to default. What that means is that they will be making a series of utterly untenable demands.”

One key concession in the rules package, Ornstein notes, is “this evisceration of the congressional ethics committee. The main motivation of that was not George Santos—it was to make sure there was no accountability for [Marjorie Taylor] Greene, [Andy] Biggs, [Scott] Perry, and others for January 6.”

Michael Strahan Totally Called Out Steve Harvey on TikTok and ‘GMA’ Fans Are Flipping Out: ‘I’m really trying to get near Michael Strahan’