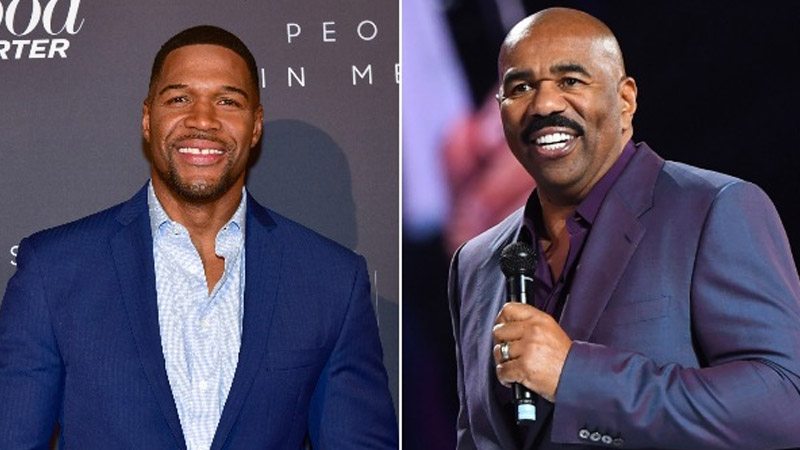 Michael Strahan has a full schedule that includes anchoring Good Morning America, hosting The $100,000 Pyramid, and interviewing Prince Harry for his biography Spare. But he still had time to call out a fellow game show presenter for an amusing reason.

In an October 2022 TikTok video, the former NFL star revealed a remarkable Family Feud event in which his name came up. During the 30-second clip, host Steve Harvey got to know competitor Cheryl better. After introducing herself, the contestant claimed that her reason for being on Family Feud had nothing to do with the comedian.

“I’m here today because I really want to win and help my family win some money,” she said in the video. “But I’m here because I’m really trying to get near Michael Strahan. Hey Michael!”

When the GMA co-star learned that his name had been mentioned on Family Feud, he had to give Steve and Cheryl a special shout-out.

“Hey, Cheryl 👋🏾!! @Steve Harvey, your face says it all!” Michael responded via his TikTok caption. “I think Cheryl auditioned for the wrong game show LOL.” He further emphasized his point by calling out his own show with the hashtag “#100KPyramid” and “#funny.”

Unsurprisingly, he wasn’t the only one who saw Steve and Cheryl’s amusing encounter. When the video started to gain popularity on TikTok, game show viewers quickly responded with their own shout-outs.

For those wondering whether Steve or Cheryl responded to Michael’s statement, the answer is presently unknown. But that doesn’t mean it won’t come up again. After all, what is said on the internet is permanent.

This was supposed to be Kevin McCarthy’s moment. Instead, GOP chaos reigns

Republicans to investigate after confidential data were found in Biden’s former office: REPORTS