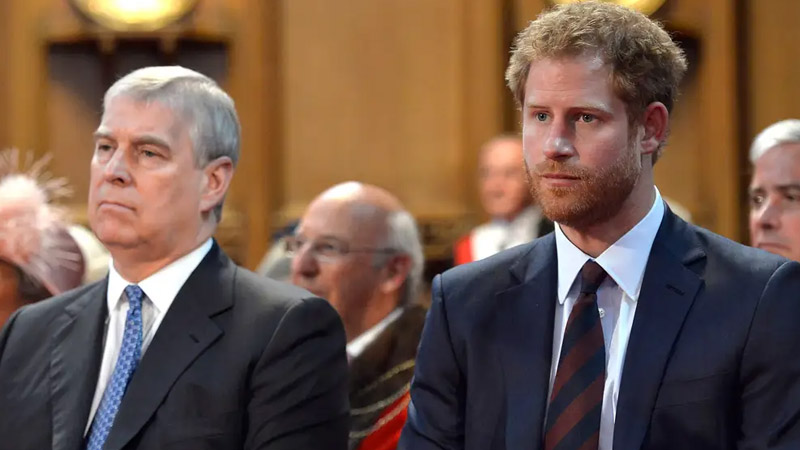 Prince Harry is the first member of the royal family to openly criticize Prince Andrew, Duke of York, over the Jeffrey Epstein issue. Prince Andrew is the third child and second son of Queen Elizabeth II and Prince Philip, Duke of Edinburgh, as well as King Charles III’s younger brother. He is the ninth in line to the British throne and the first in the line who is not a descendant of the existing monarch.

According to The Telegraph, Prince Harry called the situation surrounding his uncle as “a shameful scandal” in his book, Spare, which will be released on Tuesday. Despite being accused of ‘sex crimes,’ the Duke of Sussex stated that his protection was removed while Prince Andrew’s was not.

In 2022, Prince Andrew settled a case against Harry brought by Virginia Giuffre, an American woman who claimed she was trafficked by Epstein, Prince Andrew’s friend, and that Harry had sexually abused her twice. The settlement terms were not made public, and Prince Andrew has continually disputed the charges and has refused to accept any blame as part of the deal.

Meanwhile, Prince Harry discussed his security measures with his wife, Meghan, in his book. The couple has been at odds with the Royal family and the government over personal security. They had previously quit working as royals and moved to North America, making them ineligible for the security given to the Royal family.

In Spare, Prince Harry wrote about their choice to go to Canada and recounted addressing the Royal Family’s security with Meghan. He said it was an “obligation” and an “implicit promise” to keep them safe, but his wife questioned if it would ever be removed.

“Never. Not in this climate of hate. And not after what happened to my mother,” he told her. He continued:  “Also, not in the wake of my Uncle Andrew. Despite being embroiled in a shameful scandal, and accused of sexually assaulting a young girl, no one had even suggested removing his security.

“People have had plenty of reasons to complain about us, sex crimes weren’t one of them.” No other member of the Royal family has made a public statement about Prince Andrew. He can no longer use his HRH title and has lost his military titles like Prince Harry did when he stopped to be a working royal.

Prince Harry and Meghan Markle’s security has been a key bone of contention in their rivalry with the Royal family. According to Dw, Harry was left out of the script for his father King Charles’ coronation.

While he is still invited to the May 6 celebration, the Duke of Sussex will “have no role,” according to reports. Charles has removed the practice of royal dukes bowing before the King, with only Prince William now needing to pledge allegiance.

This was supposed to be Kevin McCarthy’s moment. Instead, GOP chaos reigns