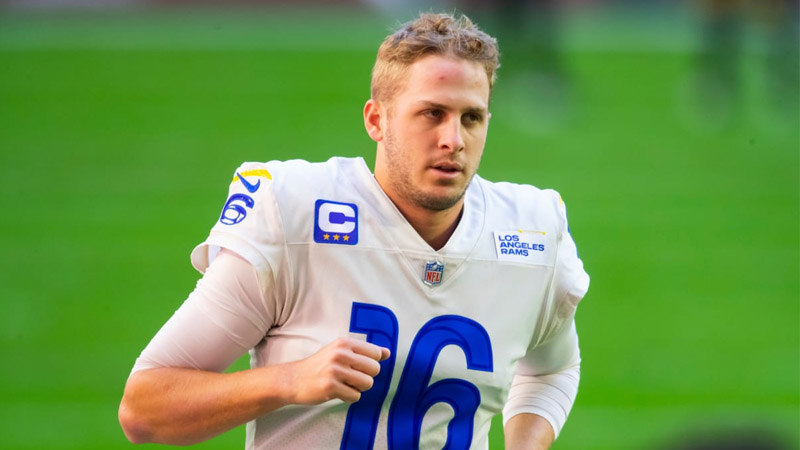 Most figure the Los Angeles Rams got the better quarterback in this year’s Matthew Stafford trade. The Detroit Lions have tried to make it very clear that they’re also excited about the player they acquired (along with a draft pick haul): Jared Goff.

The team used its first round pick on Oregon offensive tackle Penei Sewell, who many believe was among the best prospects in the NFL Draft, regardless of position. The team did not elect to take a potential quarterback of the future, so this job is Goff’s for the foreseeable future.

Goff had some very productive years in Sean McVay’s offense, leading the team to the Super Bowl just a few years ago. General manager Brad Holmes is excited to see what the former No. 1 pick can do with a change of scenery, and with a big new chip on his shoulder.

“He had a chip on his shoulder going into ’17 and then you see the last four years of how many games that he has won,” Holmes said, via the Detroit Free Press. “Well, I think going into this year — not I think, I know going into this year, that chip is back from how things ended last year and I think Dan [Campbell, Lions head coach] has done an incredible job managing basically the expectations of him, the ownership that he’s getting.”

“Having intimate knowledge of what he did go through in L.A., and the conversation we had, I think we’re getting him at a good spot,” Holmes continued.

After a rough rookie season in 2016, Jared Goff blossomed under McVay in 2017 and 2018, landing two Pro Bowl spots. Things have tailed off a bit since, with his touchdown rate falling from 5.7-percent to 3.5 percent from 2018 to 2019. His yards per attempt also fell from 8.4 to 7.4 between those two seasons, and continued to dip in 2020, which ended with Goff playing through injury.

Whether or not he’s the quarterback to eventually lead the Detroit Lions back to the playoffs or even, someday, to a Super Bowl is yet to be seen, but he may be a good candidate to help new head coach Dan Campbell get things on solid footing.