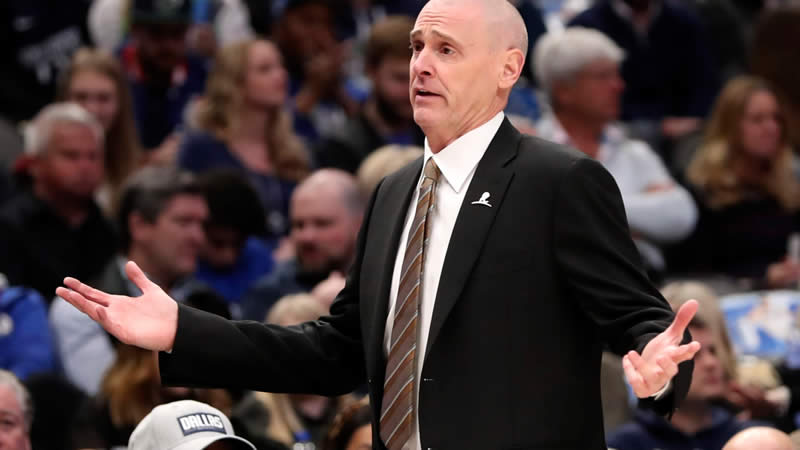 Last week, Rick Carlisle stunned the rest of the NBA when he announced that he was stepping down as the head coach of the Dallas Mavericks. Well, apparently all he needed was one week to land a new gig.

According to ESPN insider Tim MacMahon, the Indiana Pacers are hiring Rick Carlisle as their next head coach. He’ll replace Nate Bjorkgren, who was fired after just one season.

MacMahon is reporting that it’s a four-year contract for Carlisle that is worth $29 million. That’s a nice deal for a coach who just left his longtime job earlier this month.

ESPN insider Adrian Wojnarowski provided some insight on how this deal between Carlisle and the Pacers went down.

“Pacers worked quietly and quickly to get a deal done with Rick Carlisle,” Wojnarowski reported. “Team had planned to start interviews with several candidates in Chicago this week. Carlisle was a top assistant to Larry Bird early in his coaching career with Pacers.”

Carlisle was actually the head coach of the Pacers from 2003-07, so this will be a nice reunion for the two sides.

Indiana was unable to defeat Washington in the play-in tournament this season, but there are certainly a lot of building blocks on its roster, such as Malcolm Brogdon, Caris LeVert and Domantas Sabonis.

The Pacers aren’t going to be contenders overnight just because they hired Carlisle. However, the franchise’s future is much brighter with the former NBA champion in the building.