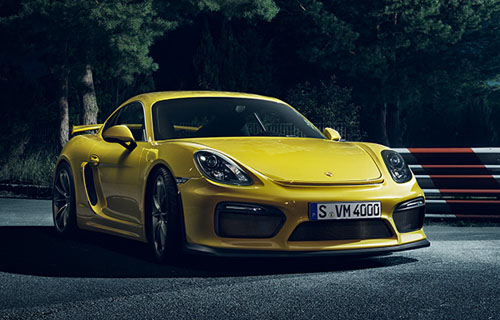 Porsche has dropped details on its higher-performance mid-engine coupe, the Cayman GT4. The model benefits from many of the 911 GT3’s upgrades, and will bow at the Geneva Motor Show next month. 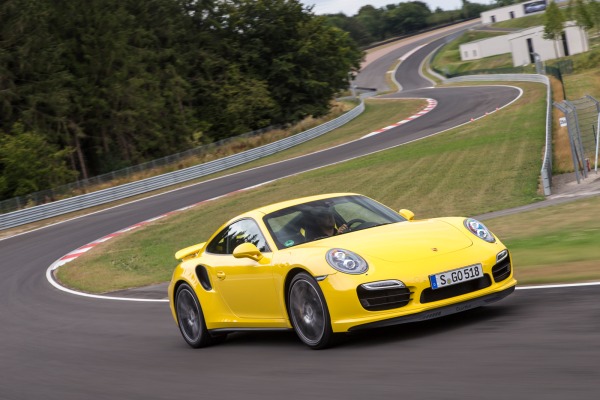 The Cayman GT4 slots above the GTS, and is powered by a 911 Carrera S-derived 3.8-liter flat-six making 385 hp. We previously reported that more than 400 hp was possible. Still, 385 hp is 45 hp more than the Cayman GTS, and within spitting distance of the 911 Carrera S’ 400 hp. Acceleration from 0-60 mph is estimated by Porsche at 4.2 seconds, while top speed is 183 mph. Porsche says the GT4 lapped the Nüburgring’s challenging Nordschleife in 7:40, matching a previous-generation 911 GT3. Unlike the GT3, however, a six-speed manual will be the only transmission available.
[contentblock id=3 img=gcb.png] 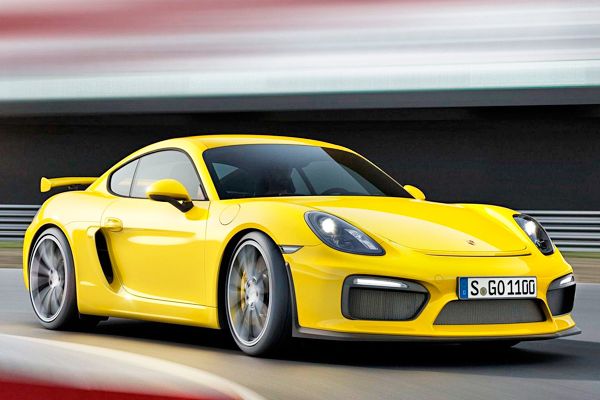 The Cayman GT4’s chassis receives many goodies from the 991-generation 911 GT3, and features a 30-mm lower ride height. Porsche says the GT4 is the first Cayman to benefit from added downforce at both axles, with a large fixed rear wing at the back and three inlets in the front keeping the car planted. Though the braking system is already “generously sized,” according to Porsche, a higher-spec Porsche Ceramic Composite Brake (PCCB) system is available. Also available is a custom Sport Chrono package with Track Precision app and bucket seats made of carbon fiber composite. Other interior highlights include standard sport seats upholstered in leather and Alcantara and a unique, compact sport steering wheel.
[contentblock id=1 img=adsense.png] 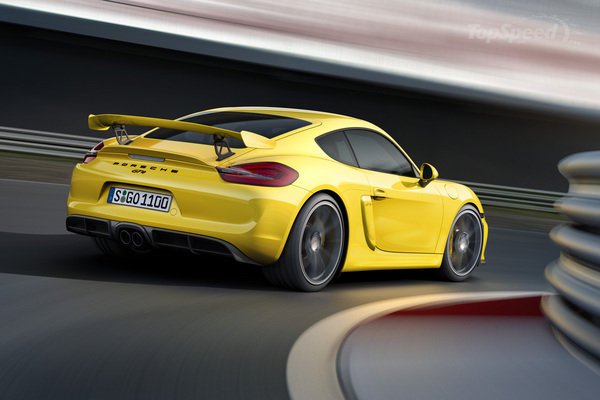 The Porsche Cayman GT4 is priced starting at $85,595 including destination. Given that that’s right around where a base 911 starts, it’s unclear whether the GT4 will step on its big brother’s toes when it arrives in dealerships this July. Stay tuned for more info on the most powerful Cayman yet as we get closer to the car’s Geneva debut. 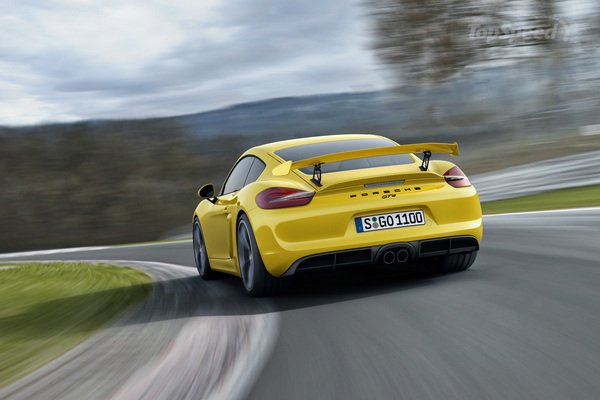 McLaren P1 Spotted in Monaco for the First Time