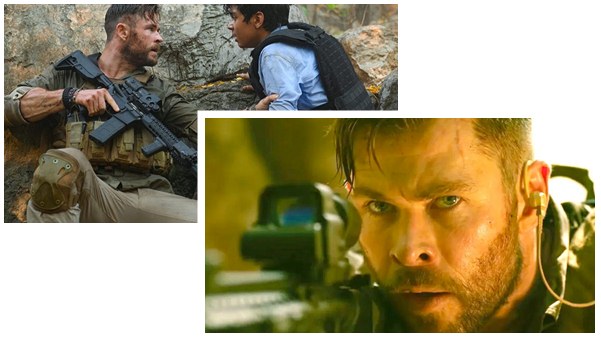 Screenwriter Joe Russo also says the “deal is closed for me to write ‘Extraction 2,’ and we are in the formative stages of what the story can be.”

In the Netflix Russo Brothers-directed movie Extraction, the streaming giant has a certified hit. Maybe one of its biggest ever, given that there’s already apparently a sequel in the works. And Netflix has Chris Hemsworth and some truly intense action to thank for that. Watch the background video above to see what it took to pull off some of Tyler Rake’s (Hemsworth’s lead character) toughest moves.

If the behind-the-scenes look doesn’t give viewers a sense of what a thrill ride they’re in for when they watch Extraction, nothing will. Hemsworth himself took to social media to thank his fans for the movie’s runaway success.

That amazing success, by the way, quickly led to screenwriter Joe Russo closing a deal to write a sequel, according to an interview he gave Deadline. “The deal is closed for me to write Extraction 2, and we are in the formative stages of what the story can be,” Russo reportedly said, “We’re not committing yet to whether that story goes forward, or backward in time. We left a big loose ending that leaves question marks for the audience.”