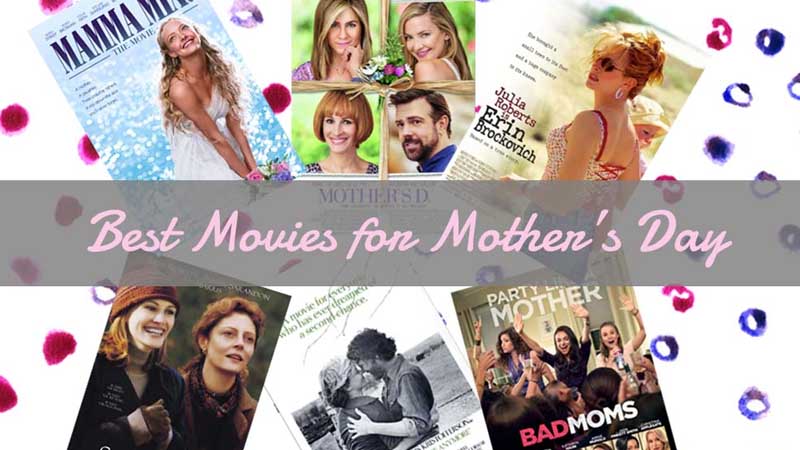 Mother’s Day is almost upon us, and while lots of us won’t be able to see our moms in person this year, we can still make the best of an unusual situation. Why not order in brunch to your location and hers, fire up Skype or FaceTime, and synchronize viewing one of these titles, all of which celebrate tough moms. (It’s her day: Let her pick.)

Based on Celeste Ng’s novel, this miniseries dramatizes the lives of four mothers in a model suburb in Ohio. Elena (Reese Witherspoon, also an executive producer), a married mother of four, is a driven perfectionist, anxious about her image as a pillar of the community; Mia (Kerry Washington), her newly arrived tenant, is a visual artist and single mother keeping a lot of secrets. As they get to know each other, their friends Linda (Rosemarie DeWitt) and Bebe (Lu Huang)—also mothers, in very different circumstances—get entangled in Elena and Mia’s increasingly poisonous feud.

Writer-director Jordan Peele followed up his Oscar-winning debut film, Get Out, with Us, in which Adelaide (Lupita Nyong’o), after bringing her husband and children to her parents’ beach house, must protect them from their identical doppelgängers, who are determined to murder Adelaide and her family and take over their lives.

Tish (KiKi Layne) experiences a range of emotions when she finds out she’s pregnant: Her child’s father, Fonny (Stephan James), is in jail awaiting trial on a trumped-up rape charge. Tish’s own mother, Sharon (Regina King, who earned a best-supporting-actress Oscar for her performance), fiercely defends Fonny, even traveling to Puerto Rico to find the woman he’s accused of assaulting and tries to get her to change her coerced testimony.

When things are tough with mom, maybe you can reach out to your cool grandmother? That’s what happens in Grandma: Elle (Lily Tomlin) is in the middle of her own relationship chaos when her granddaughter, Sage (Julia Garner), arrives, unexpectedly. Sage is pregnant, is scheduled to get an abortion that day, and needs $630 to pay for it. Since Elle doesn’t have the money, the two set off on a drive around Los Angeles to collect the cash from everyone they can find.

Christy (Anna Faris) had a difficult childhood with her substance-abusing mother, Bonnie (Allison Janney). Now, decades later, both of them are in recovery, and this sitcom portrays what it’s like to be in Alcoholics Anonymous, in middle age, with your mom: how hard can it be to forgive her for past mistakes, and how much support and love there is to be found from the other women in the program.

Jules (Julianne Moore) and Nic (Annette Bening) are married Angelenos. Each has given birth to one of the teens they’ve raised together using sperm from the same donor. Their son, Laser (Josh Hutcherson), wants to try to find their biological father, but since he is not yet 18, he asks his sister, Joni (Mia Wasikowska), to do it. Thus are they connected to Paul (Mark Ruffalo), whose introduction into their lives causes unexpected disruption.

Parasite writer-director Bong Joon Ho directed and cowrote (with Park Eun-kyo) this film about a widow (Kim Hye-ja) who supports her intellectually disabled son, Yoon Do-joon (Won Bin), selling herbs and performing acupuncture. After a girl in the village is found dead, Do-joon is arrested and manipulated into confessing; his mother then sets about proving his innocence and freeing him.

10 Habits to Improve your Appearance

Keeping Your Kids Busy When You’re Stuck at Home

Bonding in Our Family