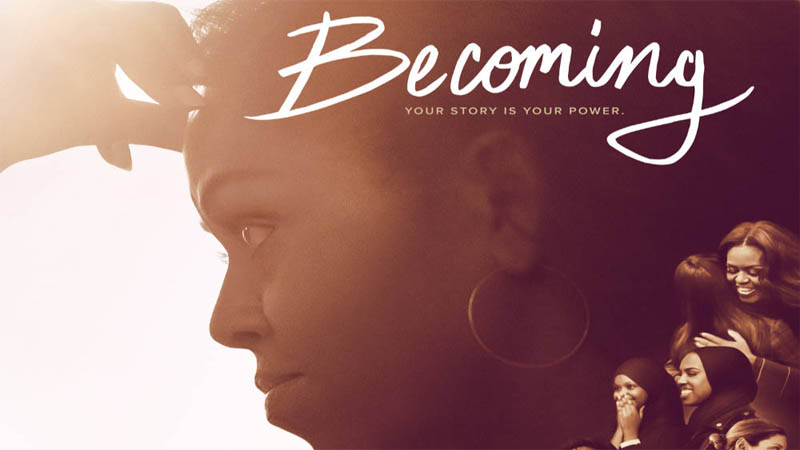 Even as we can no longer safely gather or feed off the energy of groups, even as many of us are living with grief, loneliness, and fear, we need to stay open and able to put ourselves in other people’s shoes,” the former first lady says

Former First Lady Michelle Obama‘s production company already has a Netflix deal (and an Oscar win), so it’s little surprise the streaming service will soon debut a documentary about her post-White House life and work.

The project, announced on Monday, will premiere on May 6.

Becoming, named for her smash-hit 2018 memoir, “offers a rare and up-close look at her life,” according to Netflix; and it will trail, often behind the scenes, her 34-city book tour.

A clip from the doc shows Obama, 56, meeting with several girls at an event in Philadelphia where she talks about realizing life after being first lady was not about returning to old habits but charting something new.

“Those months I spent traveling — meeting and connecting with people in cities across the globe — drove home the idea that what we share in common is deep and real and can’t be messed with,” she said in a statement. “In groups large and small, young and old, unique and united, we came together and shared stories, filling those spaces with our joys, worries, and dreams. We processed the past and imagined a better future. In talking about the idea of ‘becoming,’ many of us dared to say our hopes out loud.”

In her statement, Obama also reflected on what Becoming means during a time of great disruption from the novel coronavirus.

“I treasure the memories and that sense of connection now more than ever, as we struggle together to weather this pandemic, as we care for our loved ones, tend to our communities, and try to keep up with work and school while coping with huge amounts of loss, confusion, and uncertainty,” she said.

She is famously a hugger, she said, “And this is one of the toughest parts of our new reality: Things that once felt simple — going to see a friend, sitting with someone who is hurting, embracing someone new — are now not simple at all.”

But I’m here for you. And I know you are here for one another,” she continued. “Even as we can no longer safely gather or feed off the energy of groups, even as many of us are living with grief, loneliness, and fear, we need to stay open and able to put ourselves in other people’s shoes. Empathy is our lifeline here. It’s what will get us to the other side.

“Even in hard times, maybe especially in hard times, our stories help cement our values and strengthen our connections,” Obama said. “Sharing them shows us the way forward. I love and miss you all.” Since the pandemic, she and her husband, former President Barack Obama, have been social distancing at their Washington, D.C., home with college-age daughters Malia and Sasha.

“We’re just trying to structure our days,” Mrs. Obama told Ellen DeGeneres last month. “I mean, everybody’s home. The girls are back because colleges are now online. So they’re off in their respective rooms doing their online classes and I think Barack is — I don’t know where he is. He was on the phone on a conference call. I just got finished with a conference call.”

“We’re just trying to, ya know, just keep a routine going,” the former first lady said then. “But we also got a little Netflix and chilling happening.”Named one of PEOPLE’s People of the Year for 2019, Mrs. Obama said in December that one of the most memorable parts of her book tour was early on.

“I think about the very beginning of the tour a lot,” she said. “I spent some time at Whitney M. Young Magnet High School, my alma mater in Chicago. Sitting in one of my old classrooms, I asked how many of these girls didn’t feel like they belonged in a room with me. Almost every girl raised her hand. When I was their age, I think I would have raised mine too. But that’s been the most powerful part of the last year — talking with all sorts of young people about how the things that we think are our inadequacies are usually our strengths.”