Kelly Brook who is criticized for her wearing bikini in a horror movie Piranha 3-D, rubbishes her critics by saying that she is proud of her body and loves to show it off.

The British model, Kelly says that she is happy to show off her body, as she knows she won’t have such an amazing figure forever. “If people want to cast me in roles for my body or how I look, I m just going to embrace that because that’s not going to be the case forever” she said. 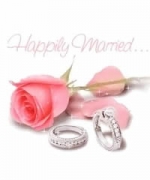