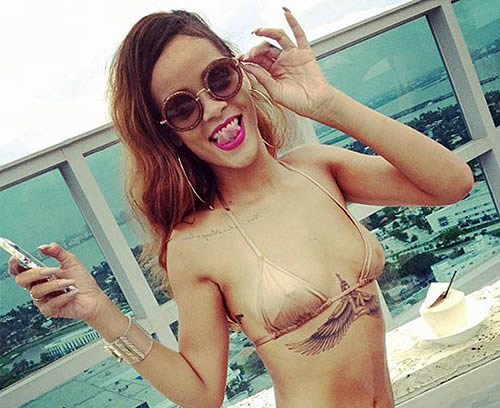 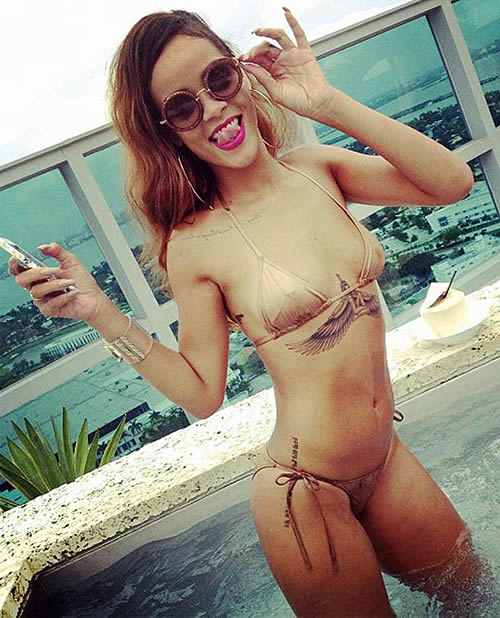 Rihanna relaxes poolside in a tiny gold bikini the day after performing in Miami. The singer cooled down after her sell-out show with the help of a few cocktails in the water then treated fans to a couple of intimate snaps from the day on Twitter. One shot showed the star sticking her tongue out as she posed in her tiny two-piece. 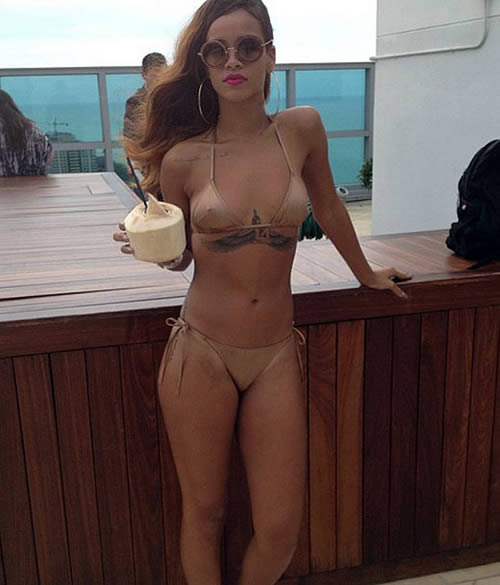 Her gold smalls glittered in the sun and showcased one of her newest tattoos — an inking of Egyptian goddess Isis that spans her entire ribcage. 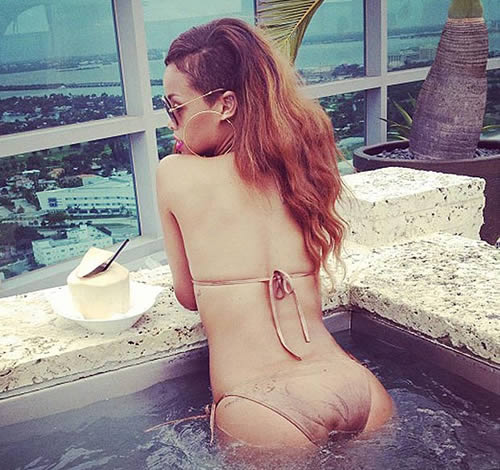 In another shot the star leans over the edge of the pool to get a better view of the city, in the process giving fans a rear-ly great view of her pert posterior. 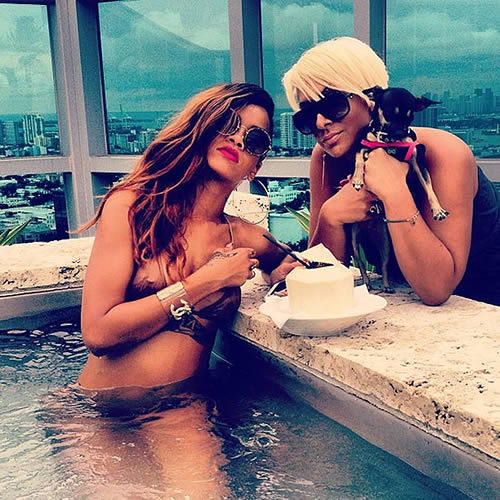 As she sipped from her cocktail the 25-year-old beauty was visited by a small dog who had made a beeline for the fruity drink. The thirsty pooch – who was dressed in a black and pink tutu dress – came in for a sniff but was ignored by the Bajan-born star.

Alongside one snap of her resting against a wooden bar, the star thanked the designer who created her bikini. She wrote: “Shout out to my lover @charliebyz. Thank u for designing what has to be my favourite bikini of all time!” 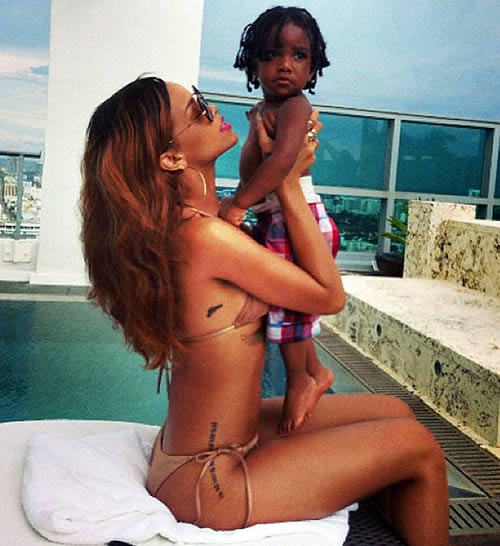 However during a moment showing off her maternal side the controversial singer managed to offend some of her fans by using the word ‘n*gga’ to describe her friend’s toddler. – Thesun