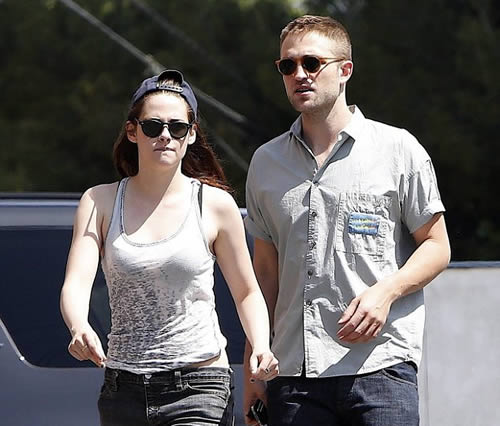 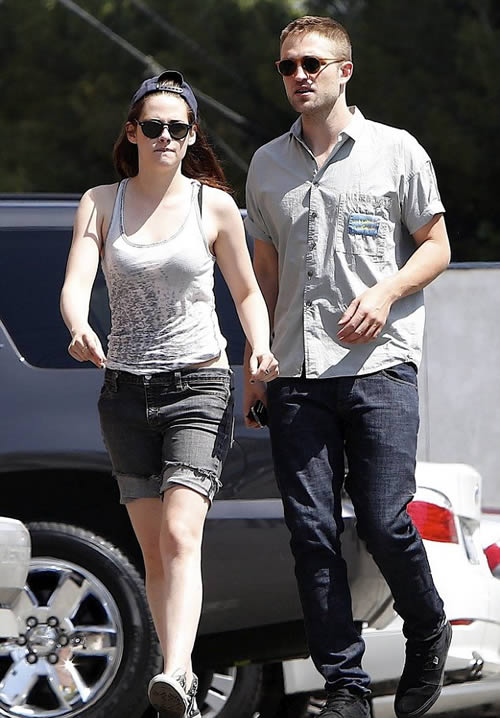 Robert Pattinson and Kristen Stewart may spend some time apart, but it doesn’t look like there’s any trouble in Robsten town. Shortly after the Twilight hunk was spotted having a beach day sans K.Stew, the Hollywood couple was photographed together at a gas station in Los Angeles.

Rob kept cool in a pair of black shorts and Bad Religion tee, while Kristen wore a pair of denim jeans, white T-shirt and backwards cap. Robsten also got to enjoy some quality time together (along with hundreds of their close, personal friends) at the Coachella Music Festival in Indio, Calf., last weekend.

But unfortunately, the pair will now have to spend some time apart. R.Pattz was seen catching a departing flight solo at LAX earlier today, but there’s no word where he’s off to or for how long. – Eonline

Natalie Portman gets candid about being sexualised by older men as a child actress; Recalls not feeling ‘safe’