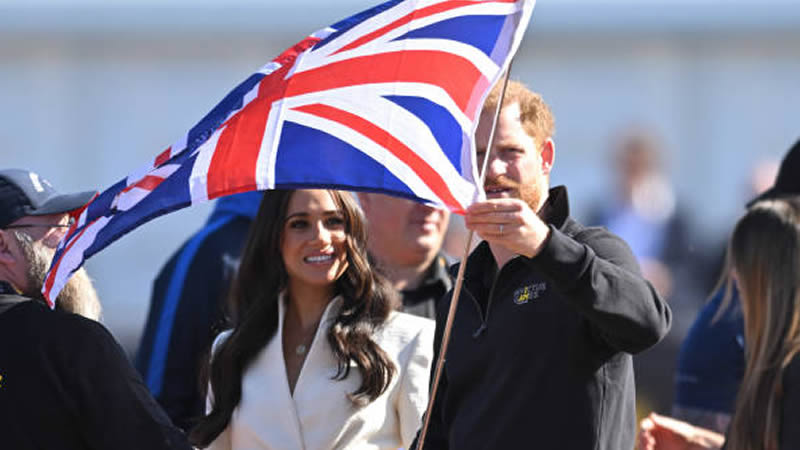 Prince Harry and his wife Meghan Markle are reportedly planning a trip to the United Kingdom “because they want to make it up to Netflix.”

Talking on GB News, Angela Levin said, “They want to come because they want to make it up to Netflix and get loads more money.”

She was referring to the Duke and Duchess of Sussex’s upcoming visit to the UK, as well as Netflix’s previous announcement that it would cancel Meghan’s animated series “Pearl” as part of the giant streaming platform’s budget cuts.

As per the Latin Times, Harry, 37, and Meghan, 40, are all set to return to the UK to celebrate Queen Elizabeth’s Platinum Jubilee, which marks 70 years of service to the people. They would be accompanied by their two children, Archie, their son, and Lilibet, Archie’s younger sister.

Meghan and Harry are “excited and honored” to attend the Queen’s Platinum Jubilee celebrations in London, according to a spokesperson for the couple on Friday.

Harry and Meghan will return to the UK more than a month after stopping in the Netherlands to meet the Queen on their way to the Invictus Games.

The royal couple’s visit is being discussed in the British media in advance of their arrival. After officially confirming their plans to visit the UK for the Queen’s Jubilee, Harry and Meghan are “playing games with the Royal Family” according to a royal expert.

Meanwhile, the Queen omitted the couple from appearing on the balcony during the Trooping the Colour parade on Thursday, June 2, it was revealed on Friday.

The Queen decided “after careful consideration” that only working members of the Royal Family would be allowed to stand beside her during the historic event, which means her son Prince Andrew would be left off the list as well.

It has also been claimed that Harry and Meghan “didn’t ask” to appear on the balcony of Buckingham Palace along with the Queen on the first day of the Queen’s Platinum Jubilee celebrations. It is still unknown which parts of the four-day Jubilee weekend Harry and Meghan will attend.