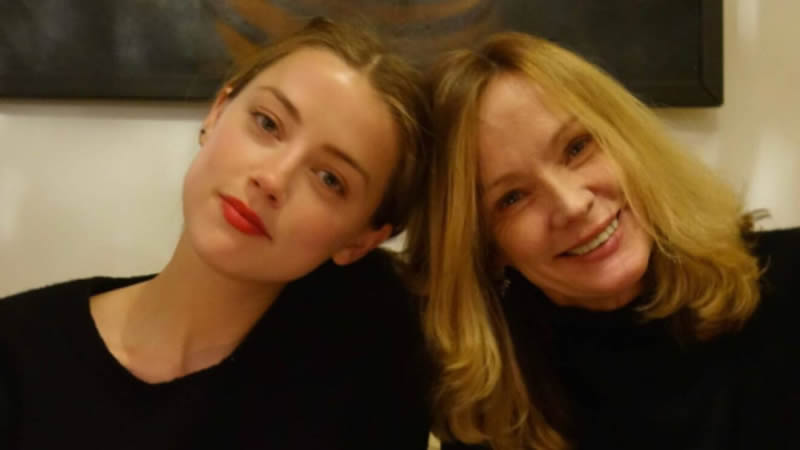 Amber Heard’s mother Paige Heard’s text message to Johnny Depp is now going viral. She says ‘I love you, son’ to Johnny in the text.

The defamation trial of Hollywood actors Amber Heard and Johnny Depp is underway, and several shocking revelations from the trial have gone viral. In the midst of this legal struggle, the stars have revealed details about their previous relationship.

According to The Blast, one of them is a text message sent by Heard’s mother, Paige Heard, to Depp, in which she explained to him that the restraining order sought by her daughter was not done “willingly or happily.” In one of the messages, Heard’s mother also calls Depp “son” and tells him she loves him.

For those unfamiliar, Depp has sued Heard for $50 million for an opinion post she published for The Washington Post in 2018. The actress claimed to have been a victim of domestic violence in her post. After the fourth week of Amber Heard and Johnny Depp’s trial ended on May 5, chat evidence went viral.

It featured Amber’s parents, Paige and David Heard, discussing the case. According to the talks, the actress’s mother believed that her daughter’s lawyer was to blame for the situation. Amber sent this text message on May 27, 2016, shortly after filing a restraining order against Johnny Depp.

“Frigging Lawyers on Both Sides!”

As per IndiaToday, the message written by Paige Heard to Johnny Depp read, “It’s the lawyers on both sides doing this not Amber. I heard the whole story very teary—if I could talk to Johnny. She didn’t want this. Friggin lawyers on BOTH sides!! This was not her idea, not her wishes. She was told she would be evicted and out in 30 days if she did not do this.”

She added, “Her dumb lawyer possibly as the only way she would have a place to live in 30 days. She DID NOT want to do this I swear to you. The lawyers are frigging things up.”

Depp replied to the text message at 8:40 p.m. the same day, saying, “If she didn’t want to file a restraining order against me and send a message to the world that I am some kind of violent wife beater …then why would she go to the courthouse with a photo of her that looks like she’s been abused??? this is my life too, what are my children and my children’s friends supposed to think??? I do not deserve this, and they do not deserve this… especially not from her.”

Paige Heard responded, “Her lawyer told her she had to and had to today. That’s why she wanted to talk to you. We didn’t talk so please never bring this up. But I’ll swear to you this was not her idea nor did she do it willingly or happily.

She was told it was her ONLY option to not be kicked out. I’m not making excuses but that is what she believed. She did not want to do it. She felt she was betraying her only love but the lawyers said so.”

“Please don’t pass this on if you ever talk to Amber again. I love you, son,” she added.

About Johnny Depp and Amber Heard

In 2009, Johnny Depp and Amber Heard met on the set of The Rum Diary and began dating a few years later. They tied the knot in 2015. Heard filed for divorce in 2016, alleging that Depp had physically mistreated her while under the influence of narcotics or alcohol during their marriage.

Heard was “attempting to secure a premature financial resolution by alleging abuse,” Depp said, denying the allegations. In 2017, their divorce was finalized.

Beyoncé Says ‘We Need Justice for George Floyd’: ‘No More Seeing People of Color as Less Than Human’

Tiffany Haddish says Grammys wouldn’t pay her to host the event; Academy chief says ‘It was a judgment lapse’