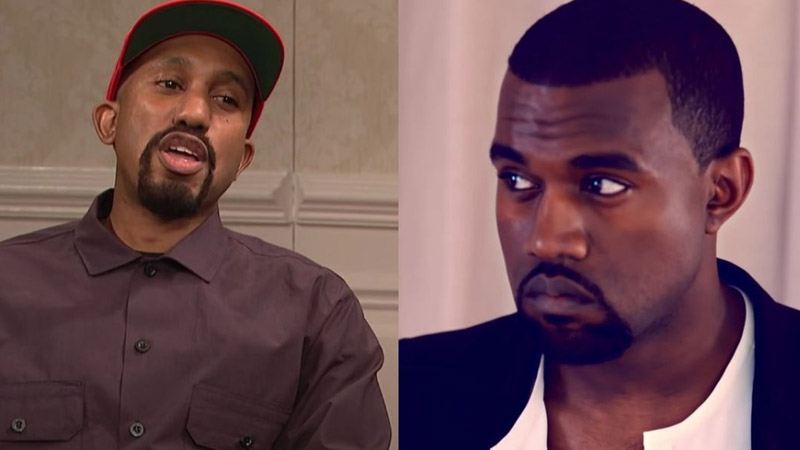 Kanye West performed as the musical guest on Adam Driver’s “Saturday Night Live” Season 44 premiere, but the most talked-about moment from the September 2018 episode did not air. Following his performance of “Ghost Town,” West went on an off-air pro-Trump rant, which drew boos from the audience. The rapper was wearing a MAGA hat in red.

“The Blacks want always Democrats… you know it’s like the plan they did, to take the fathers out the home and put them on welfare… does anybody know about that? That’s a Democratic plan,” West said. “There are so many times I talk to, like, a white person about this and they say, ‘How could you like Trump? He’s racist.’ Well, uh, if I was concerned about racism I would’ve moved out of America a long time ago.”

Chris Redd, who appeared on “SNL” during its 44th season, told The Daily Beast in a new interview that he saw West attempt a similar pro-Trump rant during the show’s dress rehearsal that night.

“I remember the dress rehearsal where he tried his dress rehearsal version of that, and I heard it, but there was music playing still so people were like sitting there and vibing,” Redd said. “But I was listening to his words, and I was like, bro, he’s about to pull some bullshit. And I’m not about to be on stage for that. I’m not going to entertain this. Like, I’ve been a fan of Kanye my whole life. And I miss the old Kanye.”

Speaking about the rant that did make it to air, Redd added, “He came in there wanting to shoot everybody — verbally — and I just felt that was disrespectful because we’re all grown adults. And now all of us don’t like you. He just came in there with a chip on his shoulder, ready to talk shit.”

One of Redd’s best impersonations on “SNL” was of Kanye West. “I mean, it’s safe to assume my man doesn’t like that impression,” the comedian said. “Judging by interactions, I don’t think he likes it that much. But, you know, I don’t like what he is saying all the time. So I think we’re even there.”

John Mayer Dedicates Song to Katy Perry, Thanks Her for Being “So Patient”