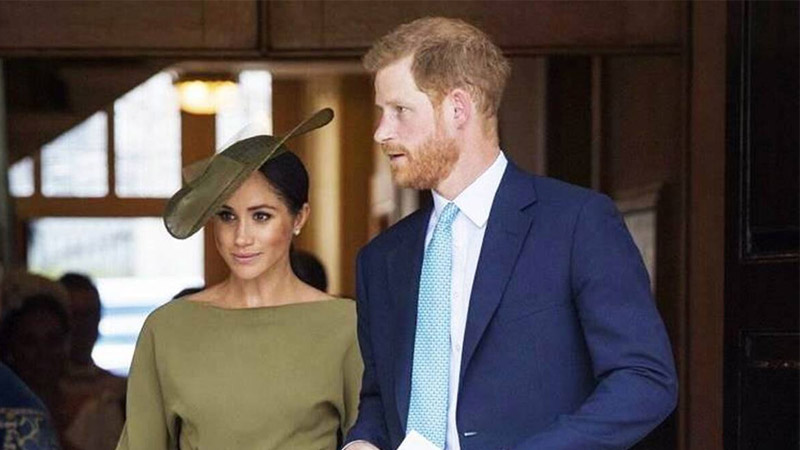 Contrary to popular belief, Prince Harry chose the title himself because it is a name that has followed him throughout his life.

The author, who is also a close friend of Prince Harry, Duke of Sussex, provided a more detailed explanation for the provocative title, which some members of the royal family deem offensive.

“It’s a punchy choice, but for a word that has trailed the prince like a shadow, being the spare was one of the most defining aspects of his royal existence. Leaning on the derogatory moniker for a title is Harry finally owning the term after a lifetime of being called it.”

Meghan Markle’s husband submitted the manuscript over the summer without changing the tone or removing any humiliating chapters.

In the memoir, Prince Harry does not share any additional thoughts on Queen Elizabeth II’s death or her extraordinary legacy.

Omid Scobie revealed: “There were also no last-minute rewrites or edits after the Queen’s death. SPARE’s manuscript was completed almost five months before the monarch’s passing, a detail that will be acknowledged in a note at the start of the book.”

Only a few people have seen Prince Harry’s manuscript, and what they have read has alarmed some.

Members of Prince Harry and Meghan Markle’s team are concerned about some of the details in the memoir, according to Daily Express royal correspondent Richard Palmer.

The royal reporter and expert warns that the book’s angle is not only disastrous for King Charles III and Camilla, Queen Consort, but it also spells trouble for Markle and her husband.

The royal author stated: “And I don’t think anybody can be really sure what is going to be in it or not. There might be a few hints. Certainly, some time ago, I was led to believe that there was some real concern in Harry and Meghan’s camp, people working for them who had apparently seen the manuscript and were alarmed by it and thought that it would be disastrous for the couple.”

The royal commentator claimed: “Harry’s unhappiness with his lot and the members of the Royal Family, his father’s affair with then Camilla Parker Bowles, the break-up of his parent’s marriage when he was young, the death of his mother [and the fact] he has never really dealt with the emotional fallout.”

He believes that the book will bring to light racist remarks about the British royal family.

According to royal expert and author Katie Nicholl, King Charles is taking the warnings that his beloved wife and new Queen will be trashed in the book seriously and has laid out some consequences.”

Speaking to Piers Morgan, she said: “According to a very good authority from a source close to the King, if they do trash, Camilla, it could be the nail in the coffin” for both The Duke and Duchess of Sussex.”