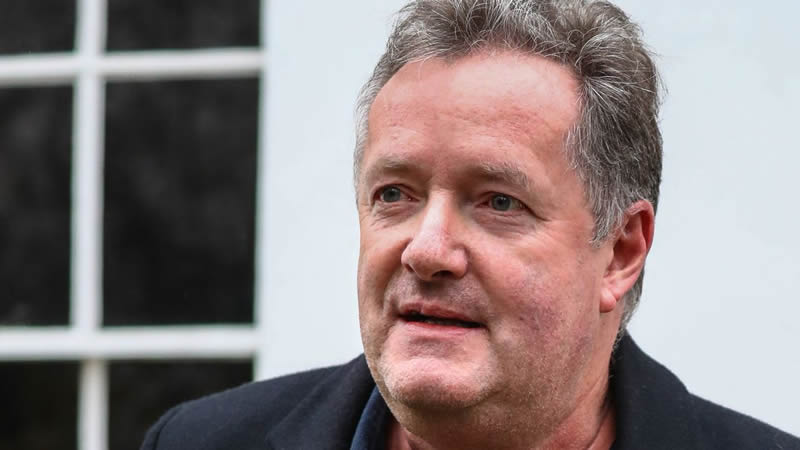 Piers Morgan slams Line of Duty for being ‘a tad underwhelming’ after the long-awaited mystery of who is the fourth ‘H’ was finally revealed in the show’s final episode line of Duty viewers were left underwhelmed after the long-awaited revelation of the mysterious ‘H’ was revealed. Among those who were disappointed was Piers Morgan who blasted the show as “underwhelming” after all the build-up to the big reveal.

He tweeted to his 7.9 million followers: “Definitely a tad underwhelming. #LineofDutyFinale.”

Fans flocked to the comments to voice their agreement, with one follower saying: “The worst finale there has ever been! The whole series has been messy and underwhelming!!”

“It’s the most underwhelmed I’ve felt in years”, agreed another.

A third chimed in to say: “That’s an understatement… I’m so disappointed.”

Piers’ review was in stark contrast to the tweet he shared before the finale began, expressing his excitement to watch the highly anticipated episode.

He tweeted: “Can’t wait for Line of Duty.

Fans finally found out The Fourth Man was DI Ian Buckells (Nigel Boyle) during the finale episode on Sunday night.He appeared in the show in the first-ever series and admitted the truth on last night’s episode after being interrogated by Ted Hastings (Adrian Dunbar), Kate Fleming (Vicky McClure), and Steve Arnott (Martin Compston).Viewers are now calling for a season seven to deliver a better answer to the mystery of ‘H’ and to tie up the show’s loose ends.

However, show creator Jed Mercurio is yet to confirm whether another season will follow.He previously told Radio Times Magazine: “We’re in a situation where it’s not entirely clear that there will be a seventh series.

“We would hope there could be. But we’re having to do our planning coming out of Covid, and a whole bunch of other things, around the idea that these things aren’t guaranteed at all now.”