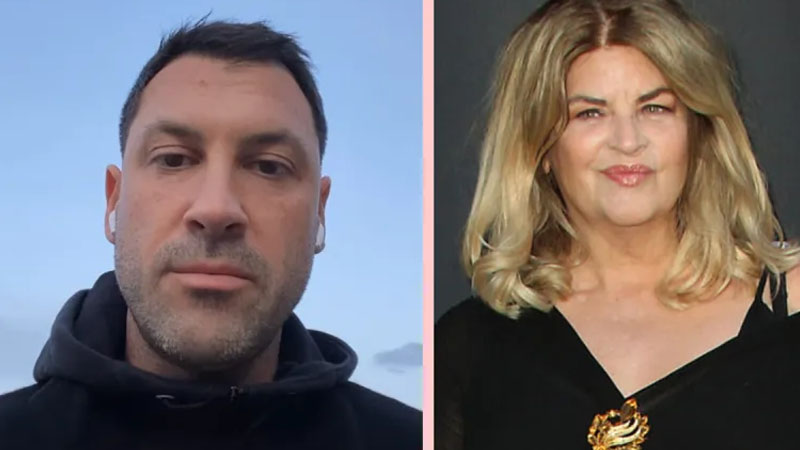 Kirstie Alley was scolded by Maksim Chmerkovskiy, who has been tweeting live updates from Ukraine, for saying she doesn’t know what’s “real” and “fake” about Russia invading his country.

“I don’t know what’s real or what is fake in this war. So I won’t be commenting. I’ll pray instead,” Alley wrote in a since-deleted tweet.

“Dear Kirstie,” Chmerkovskiy wrote alongside a screenshot of the tweet. We haven’t spoken in a long time, but I recall being next to you while you were arranging aid trucks during Hurricane Sandy, and I recall all you said to me about circumstances where innocent people are suffering.

He added, “No one needs your prayer if you don’t know what’s real or fake.”

The “Dancing With the Stars” alum has been in Kyiv, the capital of Ukraine, as Russia’s attacks on the country continue.

“I’m safe,” he assured fans on Friday. “We haven’t been told to move, and I’m just following instructions. That’s all I can say.”

Citizens are “being mobilized,” he added, and “the whole country is being called to go to war.”

It’s unclear if he meant himself, but given that he became a US citizen in 2019, it’s unlikely.

Peta Murgatroyd, the pro dancer’s wife, and a “DWTS” alum called for his safe return on social media.

“Please pray for my husband Maks. I don’t usually ask these things from my social media network, however, today is extremely hard and the next few will be even harder,” she wrote on Friday.

Meanwhile, Alley took down the tweet and posted instead, “I’m sorry that I’m not an expert on APPARENTLY EVERYTHING.. like some of you jackwagons. It’s ok to admit you don’t know things.  ”

She added, “Omg people are obsessed with hatred.. they wait to pounce like rabid dogs no matter what is said. They will TWIST any words to fit their hateful agendas. I think these types of people are the saddest people on Earth .. ”

However, by Saturday, she was posting links to her 1.5 million followers of places they can donate to help Ukraine.

Hilary Duff’s New Look Has Fans Doing Double-Take: ‘I Thought You Were J.Lo’